Budget Calculator Puts Costs of Programs and Cuts into Perspective

Washington, D.C.- Every day, articles are written about government spending, often using enormous numbers but very little context. For example, readers are told that a certain program costs $760 billion, which seems like a lot of money. However, they are not told that this cost is spread over a 10-year budget window or that over those 10 years, the program will only amount to 1.7165 percent of the budget. Expressing spending as percentages of the budget and explaining how many years an amount covers conveys much more information than a number alone and can make that number much less scary. 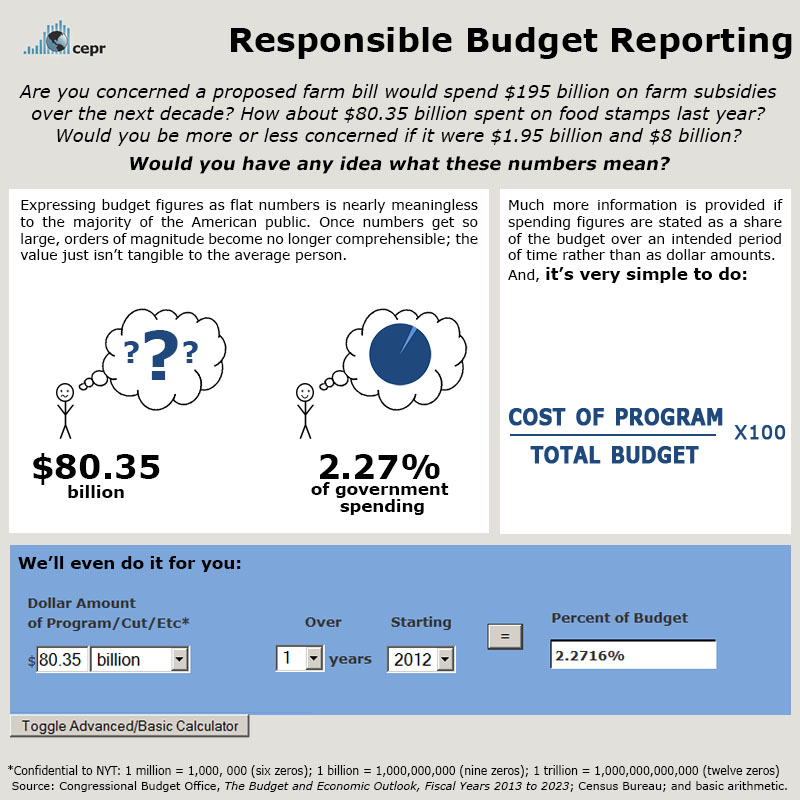