Incorporating new data for May 2015, three measures showed improvement, one measure worsened, and one was unchanged.

The jobless rate takes account of all Americans who say they would like a job, regardless of whether they are classified as "unemployed" or not. 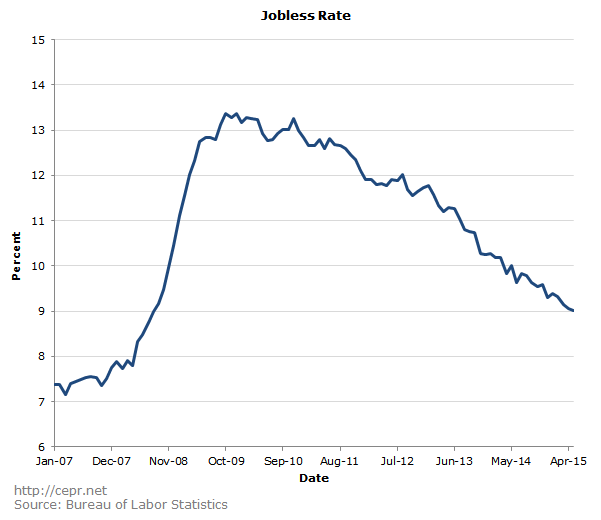 The prime-age EPOP ratio measures the percentage of Americans aged 25 to 54 who are employed. 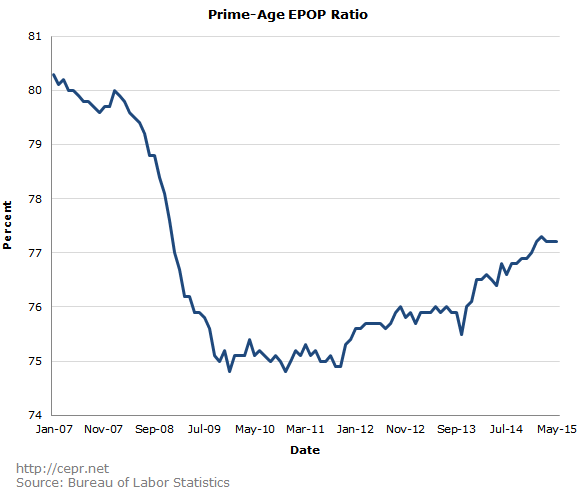 The age-adjusted EPOP ratio measures the percentage of Americans that would be employed if the age distribution of the population hadn’t changed since December of 2007. 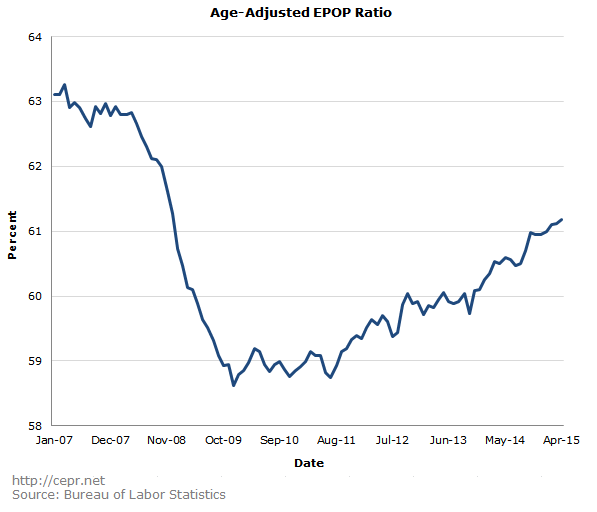 Long-term unemployment as a percentage of total unemployment shows us the share of unemployed Americans who have been out-of-work for 27 weeks or more. 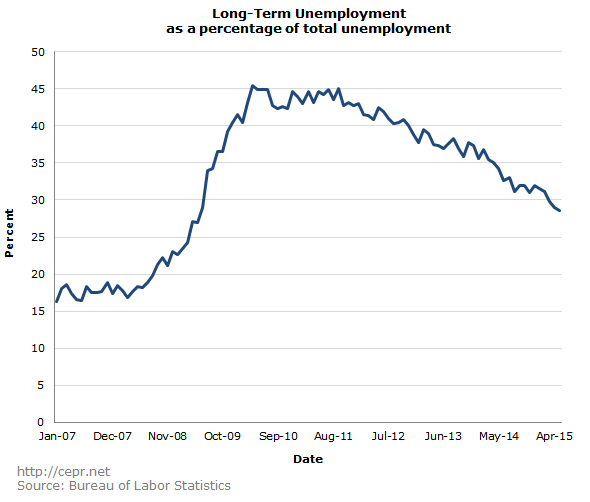