The graph below compares the U.S.’s share of world military spending with its share of world GDP. If the U.S. spent the same share of its GDP on the military as other countries spend, the two shares would be the same. The measure for “World” is based on 141 countries which together account for 97 percent of the IMF’s estimate of “World GDP.” 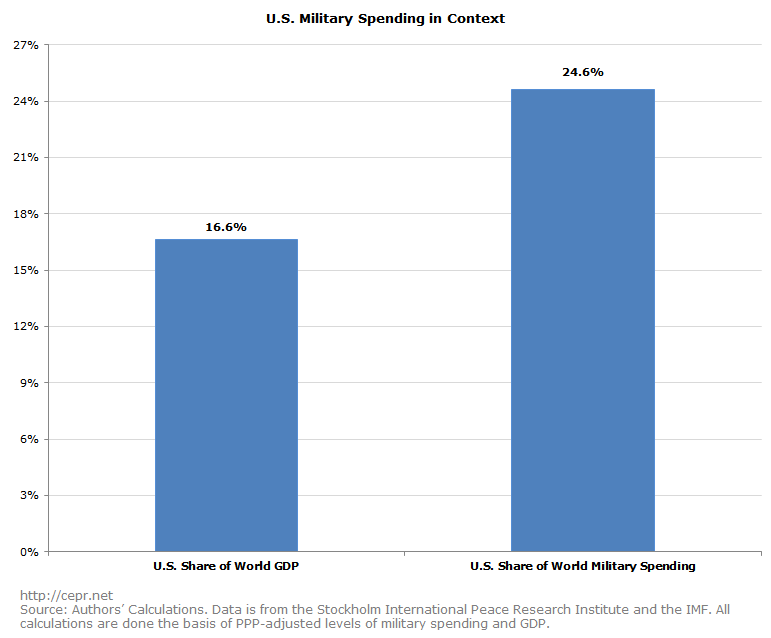