As Cholera Continues to Spread, Some Turn to Composting to Help Fight it

As of March 4, 2013, cholera has killed 8,057 Haitians and infected nearly 650,000 more. Despite some claims of progress, the epidemic, which was introduced by United Nations troops, has been significantly worse in 2013 than during the same period the year before. From January 1, 145 cholera victims have officially been reported dead, compared to just 22 last year. Worse, this occurred during the dry season, when cases generally taper off. The latest bulletin from the U.N. Office for the Coordination of Humanitarian Affairs (OCHA) noted that compared to February 2012, this year “the Centre department has seen an increase of 67 per cent during this period, while the Artibonite and Ouest departments have seen increases of 38 per cent and 35 per cent respectively.”

Three weeks ago the U.N., after 15 months of dodging and evading, formally rejected a claim brought on behalf of over 6,000 cholera victims for damages. The claimants had also demanded the U.N. provide funding for the new infrastructure needed for the clean water and sanitation that would eradicate the epidemic. A new, 10-year, cholera eradication plan was announced less than a week later. The ambitious plan, if carried out, would provide lifesaving infrastructure, which previously had been blocked due to political pressure from the United States. Yet, while the plan was welcomed as a positive step forward, there is little funding available for its implementation. The U.N., for its part, committed just $23 million, a far cry from the $2.2 billion needed.

While the infrastructure which is needed may be a long way off, some groups are already looking at new solutions to combatting the cholera epidemic and creating a more sustainable country in the process. Isabeau Doucet reports for The Guardian:

“If we can take all the poop that’s making people sick right now,” said Dr Sasha Kramer as she stuck a thermometer into a large mound of faecal waste in the middle of Troutier, Port-au-Prince’s city dump, “and turn it into this really valuable resource that could be used for reforestation or for increased agricultural production, then you really take a problem and turn it into a solution.”

Every week, Soil (Sustainable Organic Integrated Livelihoods) collects the human waste from 56 dry toilets built in camps for displaced earthquake victims, and mixes it with chips of sugar cane bagasse, a byproduct of local rum production.

And it’s not just NGOs which are taking part:

The Haitian government recently built several sewage treatment plants that process traditional pit latrine waste in open-air stabilisation ponds. It and sewage treatment companies such as Jedco are experimenting with the alchemy of transforming a potentially deadly substance into a rich and much-needed fertiliser.

In order to treat human waste safely and kill pathogens, the waste must sit for at least seven days at 50C, according to the World Health Organisation. After six to nine months, the potentially toxic waste is transformed, with low carbon emissions, into fertile soil, simultaneously helping to fight cholera and deforestation, and revive food production.

The government has opened two sewage treatment plants on the outskirts of Port-au-Prince and there are a number planned for other major cities in the coming years. The plants are the first ever in Haiti’s history. SOIL is exploring ways to transform their composting process to be able to handle waste from pit latrines, which are currently emptied at the government sewage plants, and not just the dry toilets that they distribute.

In addition to composting, the sewage treatment plants hope to be able to use the water they are treating for irrigation. Together, the reuse of waste could have a large impact on sustainability. Doucet continues:

In Haiti’s northern region of Cap Haïtien, where Soil built its first toilets in 2006, there is now a farm and the compost is used to grow peanuts and fight malnutrition. Collaborating with farmers and Scouts, Soil aims to fight Haiti’s extreme deforestation – it has only 2% forest cover – by planting 10,000 mango, cashew, orange, lemon and other indigenous fruit trees.

Please see below for a series of pictures from the SOIL composting site in Port-au-Prince and from the Haitian government’s two new sewage treatment plants. 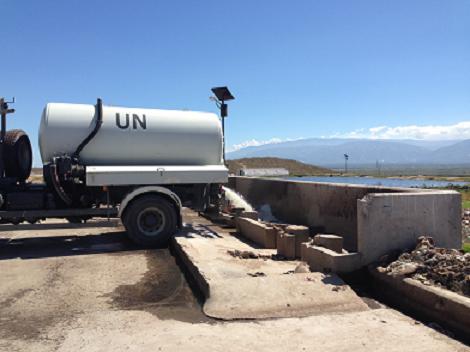 A UN vehicle dumps their waste water at the new sewage treatment plant in Morne Cabrit. 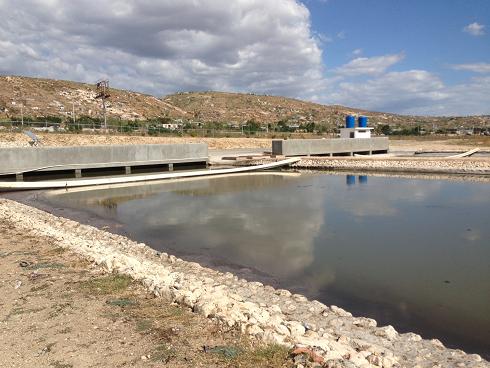 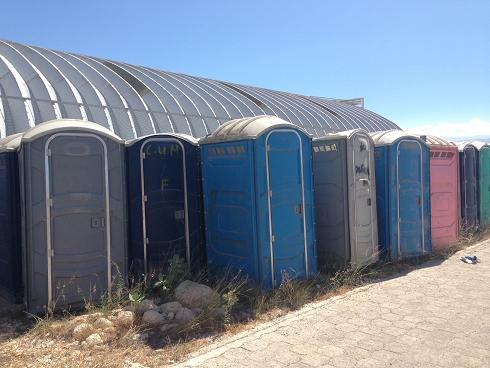 Latrines from camps for the internally displaced sit after being emptied at Haiti’s first ever sewage treatment plant. 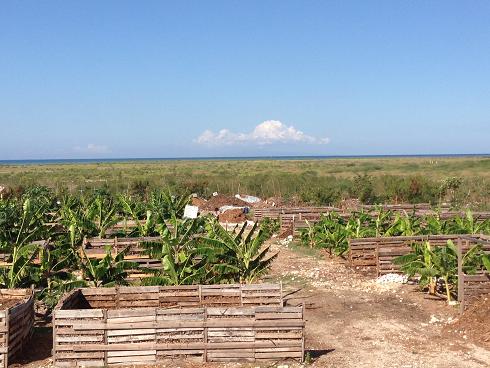 View out over SOIL’s composting site at the city dump in Troutier. 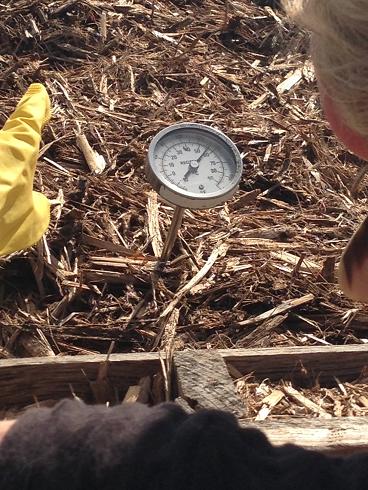 SOILS’s Sasha Kramer reads a thermometer stuck in a large pile of fecal waste at the composting site. The temperature must remain above 50 degrees Celsius for seven days to kill off the cholera bacteria. 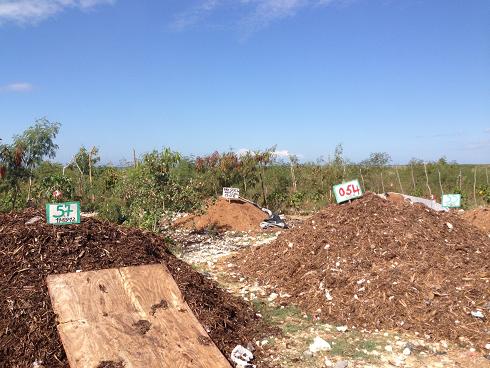 After rotating between composting bins for 4 months, the piles are left to mature. 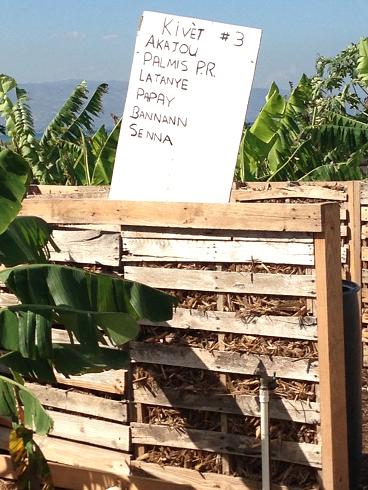 Between composting bins, SOIL has planted various species endemic to Haiti. The plants are meant to demonstrate how composting can rehabilitate even the worst of environments. 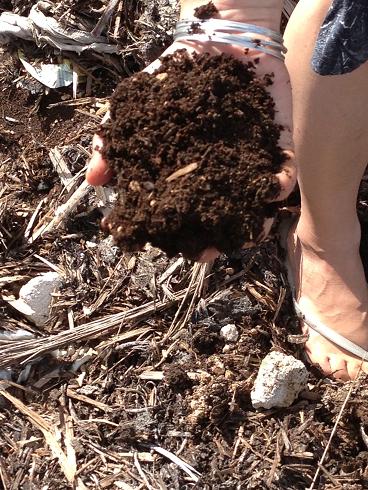 Sasha Kramer shows off some new soil. They have sold over 1,300 bags in the last month and half, helping to create a sustainable product.