It's Monday and Robert Samuelson is Confused About Medicare, Again

Robert Samuelson devotes his column today to misrepresenting a new article in the Journal of the American Medical Association, claiming that it shows the Ryan-Romney Medicare plan would save money. In fact, the article compares costs of Medicare Advantage plans with the current traditional Medicare plan. It notes that in many cases the former are lower, however it does not attribute the savings to the more efficient delivery of care. It notes that lower costs may be due to healthier patients, which has been the finding of other research, such this study by Kaiser via Jared Bernstein. 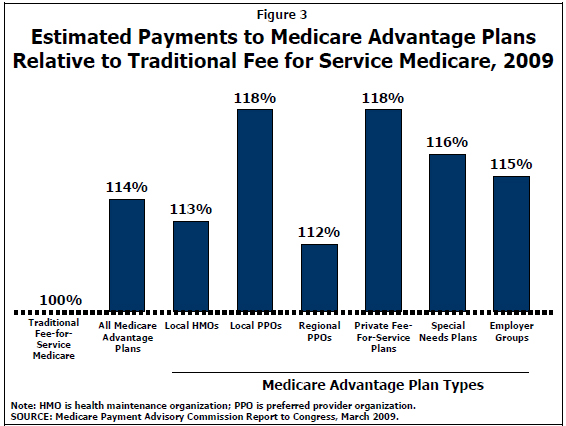 There is nothing in the new study that should lead Samuelson’s readers to believe that the Ryan-Romney plan will save money.

Interestingly, Samuelson makes the standard conservative argument that the use of private insurers to provide the Medicare drug benefit was the reason that the cost has been far below projections, holding this up as an example for the larger program. In fact the main reason that costs have been far lower than had been projected was that drug costs in general have risen far less rapidly than had been projected. The reason for the slower than projected increase in drug costs has been a reduced pace of new drug development.

The Food and Drug Administration rates new drugs as “priority” reviews or “standard” reviews depending on whether the drug is potentially a qualitative breakthrough over existing drugs. While it might be expected that the number of priority drug approvals would increase through time due to the increase in the money that the industry claims to be spending on research, it actually has fallen sharply in the years since the Medicare drug benefit was approved. While it is unlikely that the decision to use private insurers to provide the Medicare drug benefit is the reason for this slowdown in innovation, Samuelson has at least a prima facie case if that is what he wants to argue. 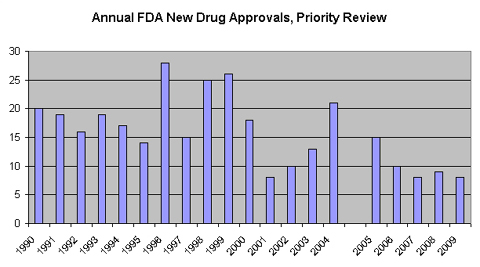 Of course it is possible for the government to save money by introducing choice into Medicare. It could allow beneficiaries to buy into more efficient health care systems elsewhere in the world and split the savings. Based on current cost projections, in a couple of decades this plan could have the government and beneficiaries splitting tens of thousands of dollars a year in annual savings. Unfortunately Samuelson, like most proponents of vouchers, is too hard core protectionist to consider this sort of plan.