In the aftermath of Hurricane Katrina, the two states impacted the most, Louisiana and Mississippi, both had huge spikes in unemployment. The graph below shows the monthly unemployment rates of all 50 states and the District of Columbia from January 2000 through September 2012, with Louisiana in yellow, Mississippi in blue, and the rest of the states and DC in grayscale.

For several months after Katrina hit in August 2005, the unemployment rate in Louisiana and Mississippi rose to rates that the rest of the country would not experience until the Great Recession several years later.

With current unemployment rates well above where they were before Katrina, how will the latest natural disaster, Hurricane Sandy, affect employment in the states hit hardest? 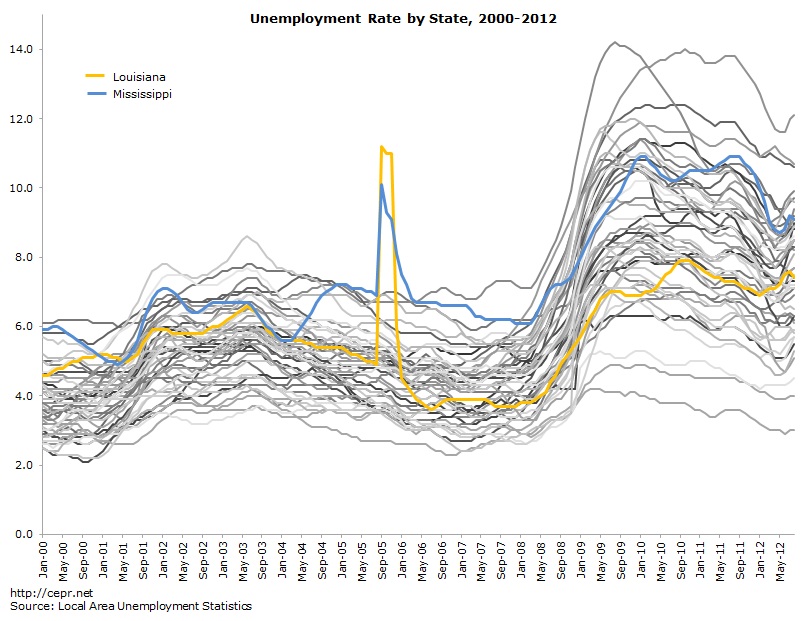