Analysis Shows Impact of Pandemic on Employment of Disabled People

Washington DC — As the pandemic sparks widespread unemployment in the US, a new analysis, published today by the Center for Economic and Policy Research (CEPR), shows the impact it has on the employment of people with disabilities.

Even before the pandemic, there was an employment gap between those with and without disabilities. Despite the promise of the Americans with Disabilities Act (ADA), that gap continues.

The unemployment rate for people with disabilities reached 18.4 percent during the period between April and June of 2020, compared to 12.5 percent for nondisabled people.

“Though the ADA addresses many forms of employment discrimination against those with disabilities, significant systemic barriers persist,” says author Hayley Brown. 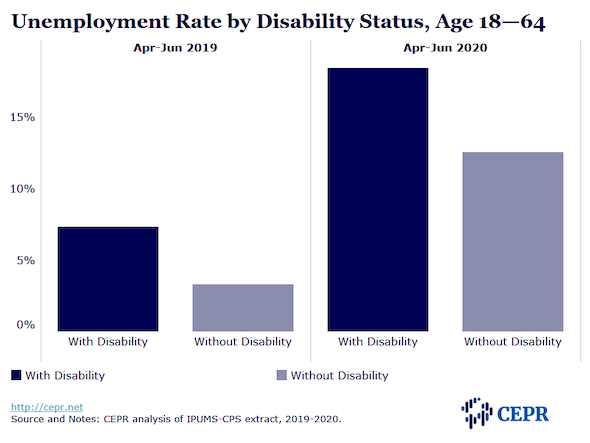 Biden Should Agree to Request from Rep. Jim McGovern, of House Leadership, to End Deadly US Sanctions Against Venezuela