In December 2007, the Congressional Budget Office (CBO) released an update to its Long-Term Budget Outlook. The 2007 edition indicated that greater spending on Medicare and Medicaid would lead to a substantial increase in federal spending over the coming decades, as shown in Figure 1: 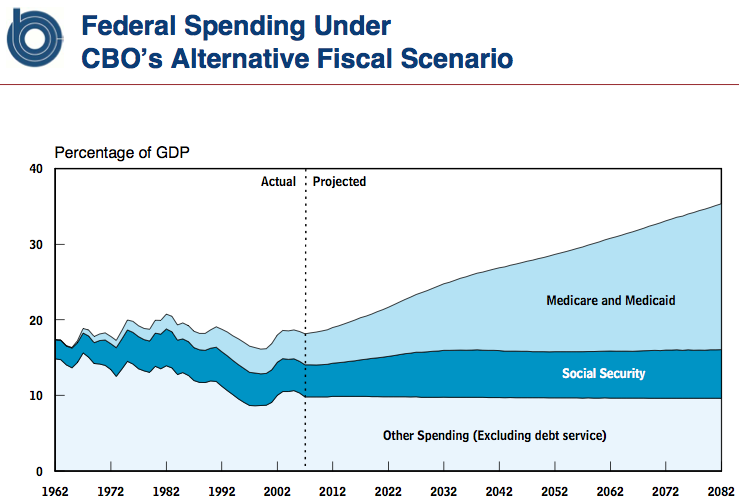 Moreover, the CBO’s estimates at the time showed that most of the increase in healthcare spending was due to the effect of excess healthcare cost growth, not the aging of the population, as shown in Figure 2: 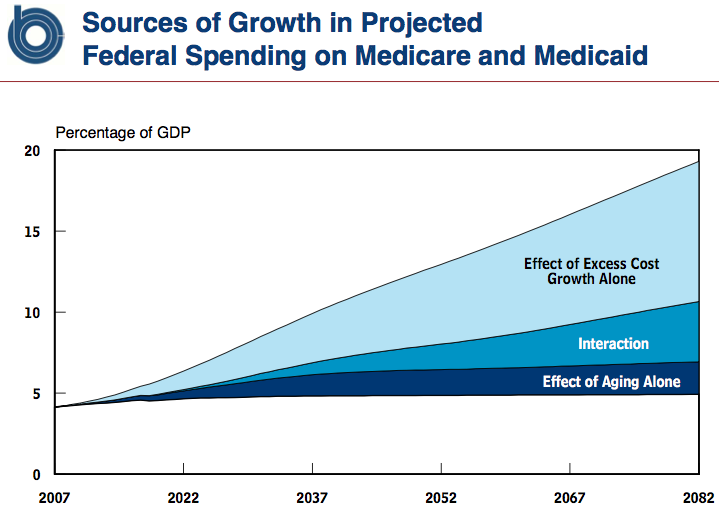 At the time, deficit hawks used this projected increase in costs to advocate cutting or privatizing Medicare. However, since the problem was that costs were rising rapidly, and costs in the United States were already way out of line with costs in other countries, an alternative to cutting benefits was to slow cost growth.

And in recent years cost growth has moderated. As a result CBO has sharply decreased its projections of future spending on Medicare and Medicaid as a percentage of GDP*: 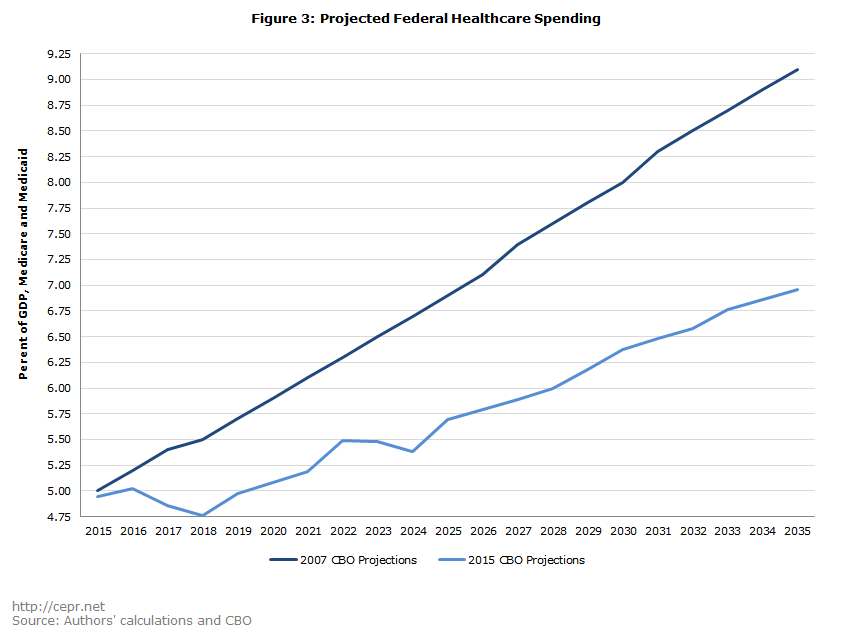 Yet these projections actually underestimate the decline in projected healthcare spending, as CBO sharply lowered its growth projections as a result of the 2008-2009 recession. The reduction in spending measured in 2015 dollars would come to $9.3 trillion over the period from 2015 to 2035, as shown in Figure 4. 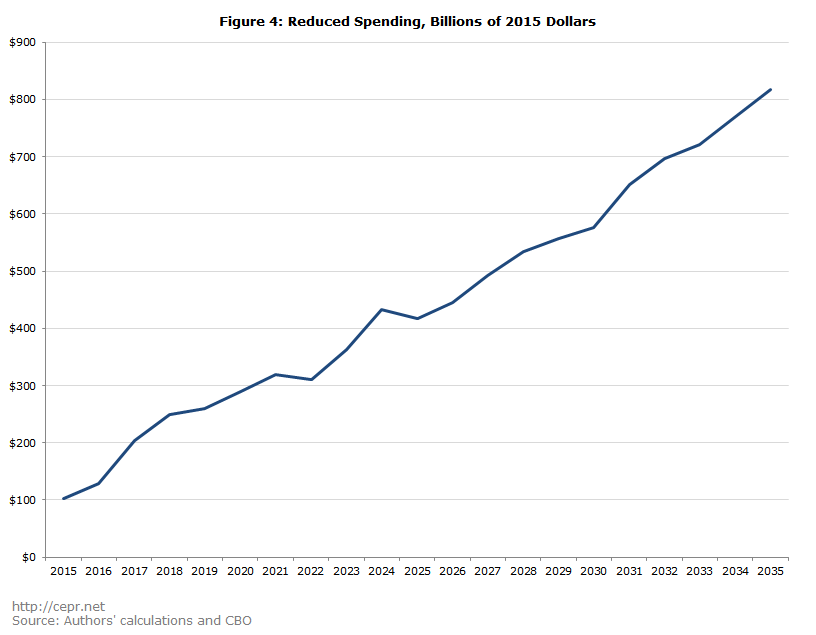 The CBO’s most recent projections for Medicare and Medicaid spending in 2035 are nearly 30 percent lower than they were in 2007: 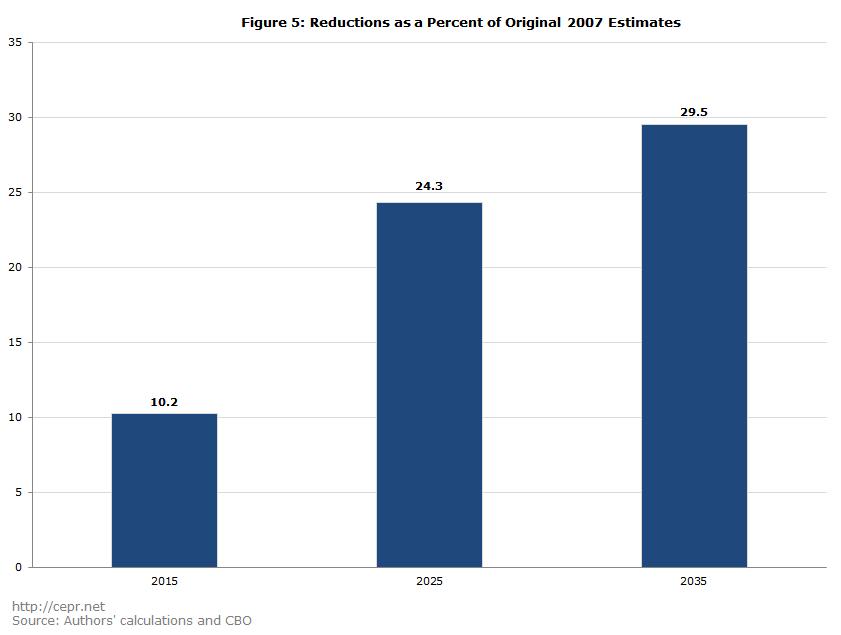 These reductions in projected spending are far larger than the cuts that were publicly advocated by most of the deficit hawks back in 2007 or even in the more recent Bowles-Simpson proposal.

Remarkably, the fact that the projections of health care spending have been sharply reduced has had little impact on the policies advocated by the deficit hawks. For the most part, they continue to advocate a mix of spending cuts and revenue increases, as though we have not already seen large reductions in projected spending. While the reductions in projected spending may not be associated with the same sort of pain as some of the cuts proposed in prior years, if the deficit hawks’ goal was to reduce spending rather than inflict pain, their goal has already been realized.

*Note that the most recent CBO Long-Term Budget Outlook lumps “Federal Medicaid, CHIP, and Exchange Subsidies” into a single category. However, CBO’s recent Update to the Budget and Economic Outlook includes spending breakdowns for each of these three programs for 2015 to 2025, from which we can determine annual Medicaid spending. For the years 2026 to 2035, it is assumed that Medicaid spending will remain constant as a percentage of spending on “Federal Medicaid, CHIP, and Exchange Subsidies.”