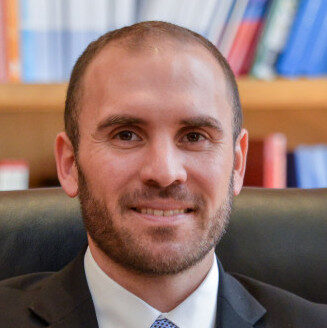 Martín Guzmán is Senior Economist on the international team at the Center for Economic and Policy Research.

He served as Minister of Economy of the Republic of Argentina (December 2019- July 2022).

He is a Research Scholar at the Columbia University School of Business and Director of the Sovereign Debt Restructuring Program of Columbia’s Initiative for Policy Dialogue. He has directed the academic training program supported by the Institute for New Economic Thinking led by Professor Stiglitz at Columbia University Business School.

He is a professor of Money, Credit, and Banking at the National University of La Plata.

He is a member of the Pontifical Academy of Social Sciences.

He was editor-in-chief of the Journal of Globalization and Development and has published numerous academic articles in specialized journals and books.