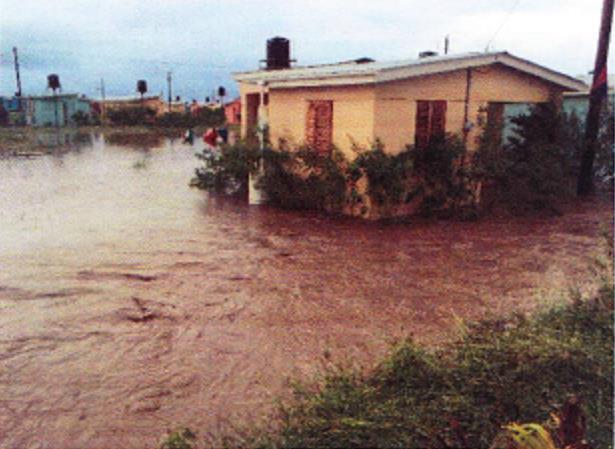 Despite USAID allocating some $1.7 billion for the reconstruction effort in Haiti, its projects have exhibited varying levels of success and face serious sustainability challenges, according to a report [PDF] released yesterday by the U.S. Government Accountability Office (GAO). The GAO analyzed 23 USAID projects across all eight sectors of USAID’s portfolio. Each program was allocated at least $10 million. The GAO report found that because of delays, USAID has extended its Haiti strategy for three more years, through 2018.

According to USAID officials, the factors leading to cost overruns, delays and poor results were a “lack of staff with relevant expertise, unrealistic initial plans, challenges encountered with some implementing partners, and delayed or revised decisions from the Haitian government.”

The release of the report by the GAO, which works for Congress, came a day ahead of a visit to Haiti by U.S. congressional staffers from the House Foreign Affairs committee. Led by Eddy Acevedo, senior policy advisor to U.S. Rep. Ileana Ros-Lehtinen, the delegation plans to visit some of the projects, including empty housing plots, where work stalled because the agencies that were supposed to build the homes on behalf of USAID pulled out.

The GAO report found that five of USAID’s six major infrastructure projects had to reduce planned outcomes and “encountered delays in 4 of these activities.” Non-infrastructure activities also faced delays and reduced outcomes, but to a lesser extent. The various delays have led USAID to extend its time frame for Haiti work by three years, through 2018.

Though results varied across sectors, the GAO report revealed that in the 17 non-infrastructure projects analyzed, not a single one met or exceeded all of its performance indicators. In the case of infrastructure projects, the results were even worse. The auditors report that during a site visit to the Caracol EKAM shelter program:

we observed unresolved concerns such as blocked drainage pipes and ditches that led to flooding in the settlement after heavy rains, and blocked and crushed sewage pipes. We also observed open water catchment tanks adjacent to some houses that had become breeding areas for mosquitoes.

The report notes that the original plan was to prepare 15,000 lots and build 4,000 homes, but that “The mission had reduced the planned number of plots to 2,013, or by 87 percent, with 906 of the houses to be built by USAID, a reduction of 77 percent.” Meanwhile, costs per house increased, for an original plan of $8,000, on average, to over $24,000 by September 2014. Unmentioned in the GAO report, however, is that the two contractors responsible for the program have been suspended from receiving further government contracts and are under a legal investigation for using shoddy materials and disregarding contractual obligations.

But above and beyond the missed timelines and reduced outcomes, perhaps the most damning part of the GAO report focuses on USAID policies around the sustainability of its projects.

It was not until December 2014 that USAID began to conduct “detailed sustainability analysis” of infrastructure activities, despite having already spent hundreds of millions of dollars. Further, USAID officials told the report’s authors that they did not intend to begin such analyses of non-infrastructure activities until 2018. The report continues:

As a result, USAID/Haiti will continue to obligate funding to new noninfrastructure activities despite a lack of detailed information about—and, consequently, with limited ability to address—risks to these activities’ sustainability. As an example of sustainability challenges to noninfrastructure activities in the health and disabilities sector, according to USAID officials, 90 percent of the Haitian health ministry’s budget goes to salaries, leaving the ministry with little funding to take over the provision of health services that USAID/Haiti currently supplies.

Further, the GAO notes that per agency guidelines, USAID missions are required to “complete what is known as a 611(e) certification, attesting to the host country’s capability to effectively maintain and utilize any capital assistance project whose estimated costs exceed $1 million.” The report continues:

However, partly as a result of the lack of agency-wide guidance, USAID/Haiti officials have not completed a 611(e) certification for every activity that might require it and have provided inconsistently detailed information in the completed certifications. Consequently, the agency may not be in full compliance with the 611(e) requirement, and agency officials may lack access to information about risks to the sustainability of large infrastructure activities.

The report provides some examples where this has directly impacted the sustainability of projects. For example, USAID built a power plant for the Caracol industrial park and surrounding communities, but “because of the low rates negotiated with tenants” of the park, the plant is not generating enough revenue to cover operating expenses. In another case, the Haitian government committed to funding operations costs of the State University Hospital in Port-au-Prince after it underwent renovations on the condition that operating costs did not increase. However, the report found that costs were “projected to be significantly more expensive,” and as a result it was unclear how the government would be able to finance it.

While U.S. officials pointed to the Haitian government’s lack of capacity as the main threat to sustainability, programs to help build that capacity also largely failed, according to the report. Another fact, not mentioned in the report, is that U.S. government aid, like aid from most other donors, almost completely bypasses the Haitian government and Haitian organizations, missing a key opportunity to help build that internal capacity. Instead, over 50 cents on each dollar that USAID spends goes right back to the Washington beltway, to contractors located in D.C., Maryland and Virginia.

“GAO has found that inadequate staffing at USAID has slowed progress and that greater sustainability planning is needed. A sustainable, long-term strategy, with Haitians in the lead, is essential to put Haiti on a path to enhanced economic development,” said Rep. Eliot Engel (D-NY), one of the congressional requesters of the GAO report.