• ARTICLE Latin America and the CaribbeanVenezuelaWorld

Construction contributed nearly half of Venezuela’s total GDP growth in the third quarter, even though it represents less than 10 percent of the overall economy.  Meanwhile petroleum’s decline (dark blue), at a negative 8.4 percent annual rate, more than offset the growth of the previous quarter.  It has grown at just a 1.3 percent average annual rate since its trough in the fourth quarter.  At this rate, it will not reach its pre-recession level for another seven years. 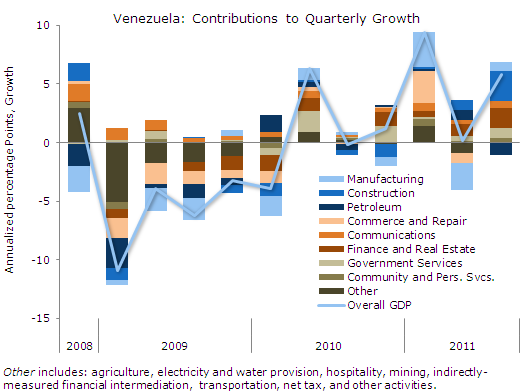 For more, check out the latest Latin America Data Byte.