Where’s that Jobs Recovery? The Case of Young Black Employment

This post was originally published at Girl w/ Pen.

From 1979 until the Great Recession, young blacks with college degrees had employment rates that were basically the same as their white counterparts. However, once the recession hit, employment rates decreased for all – even those with college degrees. At the same time, the gap between blacks and whites widened, with college-educated young blacks being 3.9 percentage points less likely to be employed than their white peers (see Figure 1). 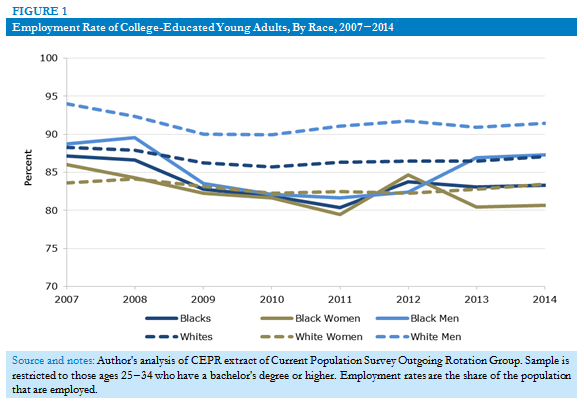 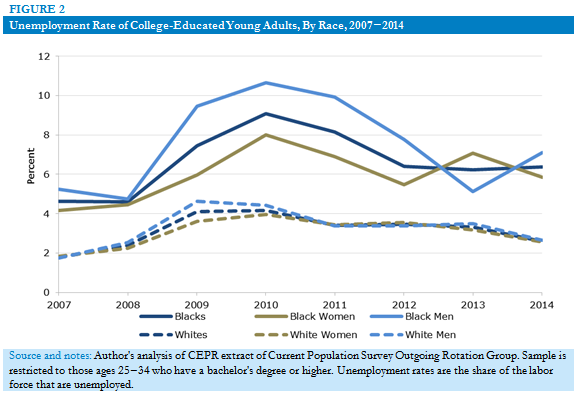 By contrast, throughout most of the recession and recovery, white men and women have had virtually identical unemployment rates.