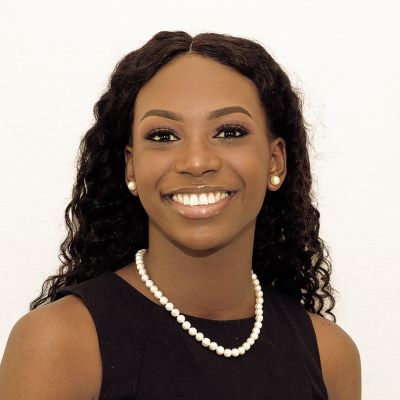 The New York Times editorial board does not relish alienating big business. So plenty of heads turned last week when the Gray Lady threw down a gauntlet in a full-column editorial titled “Save America’s Patent System.”

The Times editorialists excoriated Big Pharma for abusing the American intellectual-property system to jack up prices on drugs and medical procedures. The editorialists wrote that the U.S. Patent and Trademark Office (PTO) has “long since devolved into a backwater office that large corporations game, politicians ignore and average citizens are wholly excluded from. As a result, not only is legal trickery rewarded and the public’s interest overlooked, but also innovation—the very thing that patents were meant to foster—is undermined.”

This high-profile attention on the PTO—and the general role of patents, trademarks, copyrights, and the like in driving America’s obscenely high drug and medical device prices—is overdue and commendable. But it’s strange that the Times’ just outrage hasn’t been echoed on Capitol Hill.

The Democratic Party has been running on reducing the cost of prescription drugs for as long as most Americans have been alive. Strong majorities of Republicans also want lower drug prices, and endorse patent reform as a way of achieving it. Some right-leaning think tanks have even endorsed certain drug IP reforms, noting correctly that IP abuse, as an exploitation of a government-granted monopoly, is anti–free market by definition.

But for all of this, neither party’s congressional leaders have directly challenged the main legal mechanism that accounts for those high costs—namely, intellectual property. You’d think members of Congress would recognize the political salience of picking a fight with one of the most hated industries in America. So why isn’t anyone on Capitol Hill even talking about intellectual property’s role in driving high drug prices, and taking the PTO to task to do something about it?

Broad legislative reform of the IP system has been a political third rail for decades, as our CEPR colleague Dean Baker can attest to from decades of screaming into the void about this. IP is such a dense field that it’s hard for anyone but a small circle of lawyers to even know how to talk about it without tripping over technical jargon and legal minutiae. Moreover, Big Pharma isn’t the only industry with a stake in IP. Try to pare back American copyright to a reasonable length, for example, and prepare to suffer the wrath of Mickey Mouse. (It’s not a coincidence that the current head of the U.S. Copyright Office is a former Disney lawyer.) Without a mass movement around IP reform, this just isn’t an issue most Democrats are willing to stake their careers on.

But none of this precludes a short-term path to certain reforms, a tactic that could open the door for broader movement-building the issue demands: congressional oversight.

The Senate Subcommittee on Intellectual Property and the House Subcommittee on Courts, Intellectual Property, and the Internet include 16 Democrats whose collective job is to understand the IP system and guide their party on how to regulate it. Even if there just aren’t the votes for broader IP reform right now, any one of these Democratic committee members is ideally situated to conduct rigorous oversight of the PTO, Copyright Office, and more. They just aren’t doing it, by and large.

In particular, congressional oversight over inter partes review (IPR) would reduce abuse of the patent system and lower drug prices. IPR is a procedure that lets anyone challenge the validity of a patent without a lengthy court battle, making it one of the only mechanisms to hold the PTO accountable to the broader public. It would also reduce costs and entry time for generic drugmakers by clearing patent thickets: Strike down a bunch of weak drug patents at once, and the path to producing a generic gets that much easier. Unsurprisingly, pharma trade groups have unsuccessfully lobbied to exempt their industry from IPR challenges.

In the last few years, though, the PTO has been furiously issuing discretionary denials that unduly undermine the IPR process. Discretionary denial allows the PTO to deny review of a patent for reasons other than the petition’s merits—in other words, “you don’t get to question this patent because I said so.” Conflicts of interest are unsurprisingly rampant here. Discretionary denials spiked under Trump PTO director Andrei Iancu and directly benefited Irell & Manella, the patent law firm Iancu worked at before and after his stint as PTO director.

Members of the House and Senate Judiciary Committees in a bipartisan, bicameral letter recommended reversing the discretionary denials policy. Sens. Patrick Leahy (D-VT) and John Cornyn (R-TX) introduced the Restoring the America Invents Act, which would limit discretionary denials and expand the range of prior art that could be considered in IPR.

All of this makes IPR an ideal entry point for an ambitious young lawmaker to begin carving out IP and pharma as their niche issue. The House subcommittee in particular boasts Reps. Mondaire Jones (D-NY) and Joe Neguse (D-CO), two stalwart progressives in the Elizabeth Warren mold. Both are press-savvy and skilled communicators, both describe themselves as anti-monopolists, and both should surely see the political benefits of picking a popular fight against a cartoonishly villainous industry. If Jones and Neguse, or any other House progressive, put in the work to figure out how to talk about drug IP in an exciting and galvanizing way, it could reap long political dividends for them nationwide.

They would have some allies already at their disposal, but Big Pharma is already trying to grind them down. This brings us to the Senate side, which is a grimmer story.

Sen. Leahy, who chairs the Senate Judiciary Subcommittee on Intellectual Property, has been a true progressive champion on this issue, if a rarely outspoken one. But he is retiring after this Congress, and the next senior-most Democratic senator on the subcommittee is Delaware’s Chris Coons. As the Prospect’s David Dayen reported, Coons is one of the dearest allies pharma has when it comes to IP, likely because his family business manufactures medical devices and depends on patents to maintain its monopolies.

In fact, Coons has often partnered on IP proposals with Republican ranking member Thom Tillis (R-NC), who is poised to take over the subcommittee if Democrats lose the Senate in November. It’s no coincidence that Tillis is the subcommittee’s largest recipient of campaign contributions from the pharmaceutical industry. He’s made himself into Big Pharma’s preferred hammer for slamming down anyone who gets too close to explaining why drugs are actually so pricey.

In February, Tillis sent a letter harassing the Initiative for Medicines, Access and Knowledge (I-MAK), a nonprofit fighting to change pharmaceutical patents. (Full disclosure, our organization has worked closely with them in the past.) Tillis seized on a memo from professor Adam Mossoff at the Antonin Scalia Law School at George Mason University, Charles Koch’s assembly line for churning out corporatist “libertarian” lawyers. Mossoff derided I-MAK’s methodology, since the group argues that Big Pharma takes out far more patents on blockbuster drugs than are listed in the “Orange Book,” the Food and Drug Administration’s annual almanac of drug patents. Tillis in turn demanded to know why I-MAK’s numbers “differ so dramatically from public sources” in a letter.

As I-MAK explained back to Tillis, Mossoff was trying to pull a fast one. It’s an open secret among pharma lawyers that the patents which the Orange Book directly associates with a given drug are nothing close to the actual number of patents related to it. Companies patent as many alternative ways of deriving a given drug as they can think of, to head off competitors at the pass. Generics developers are forced to spend millions on “patent searching” to uncover every possible recipe for a drug that the big industry players have already grabbed for themselves. “Even if the patent holder may never eventually list all those patents on the U.S. FDA Orange Book or assert them in litigation, they essentially serve as landmines that competitors have to avoid,” I-MAK wrote.

Whether Tillis was genuinely duped by Mossoff or (more likely) playing dumb on behalf of his industry donors is irrelevant. The point is that Big Pharma is terrified that the public is waking up to the reality that legal chicanery is a main reason people can’t afford to buy decades-old, lifesaving drugs like insulin or epinephrine injectors. The better advocates get at telling this story to the public—and they’re already doing well enough to win an endorsement from the most powerful newspaper in the country—the greater the threat becomes. The industry is desperate to discredit IP reformers and make this whole thing go away, and they’re flexing their muscle in Congress to do it.

Reformers, in turn, need to flex their muscle right back. It’s past time for Democrats to unabashedly endorse pharmaceutical IP reform. That can only begin if a few legislators are brave enough to take up the mantle—but if they do so well, there’s plenty of reward awaiting them down the road.

Fatou is a Research Assistant with the Revolving Door Project.