China Has Hugely Outgrown the U.S. Under Trump

This is one in the "whose is bigger?" category; which country has added the most to their GDP over the last three years. There is not any particular reason anyone should care about this, except that Donald Trump has made a big point of touting something about how no one says China will soon be the world's largest economy anymore.

In fact, China's economy surpassed the U.S. economy in 2015, using the purchasing power parity measure of GDP. This measure, in principle, uses a common set of prices for all goods and services for all countries' output. Most economists consider it the best measure of the size of a country's economy for most purposes.

China has continued to grow much faster the United States, meaning the gap between the economies is growing. China's economy is currently more than 25 percent larger than the U.S. economy.

The graph below shows the growth in the two countries' economies since 2016. 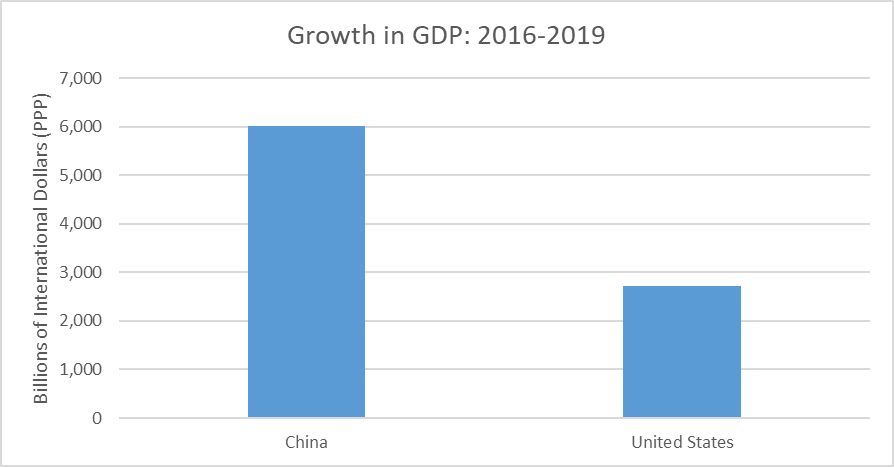 As can be seen, China's growth has been more than twice as large as the growth in the United States since Donald Trump came into the White House. In other words, we should put Donald Trump's claim that his policies have somehow secured the United States' status as the world's leading economy alongside his copy of President Obama's Kenyan birth certificate.