There is a lot of great work being done to fight for policies to limit the damage of this health and economic crisis. But we’re afraid that a lot of people will die because of things that just won’t be done in time, but possibly still could.

The most obvious is the shortage of medical equipment and personnel ― in the last day or so Andrew Cuomo, AOC, and others have made a major point of this. If New York is already facing serious difficulties with 17,000 cases, think of what it will look like with 170,000, and possibly many more.

Another urgent problem that will lead to many more deaths with each day of delayed action is the spread of infections. There is evidence that mass testing, followed by measures to separate infected people from the noninfected population, played a major role in stopping the spread of COVID-19 in South Korea, as well as some role in other countries. With most of the infections in the US (even given the poor measurement represented by known cases) concentrated in a relatively small number of states and areas, it might still be possible to prevent the spread of the virus to much of the United States. 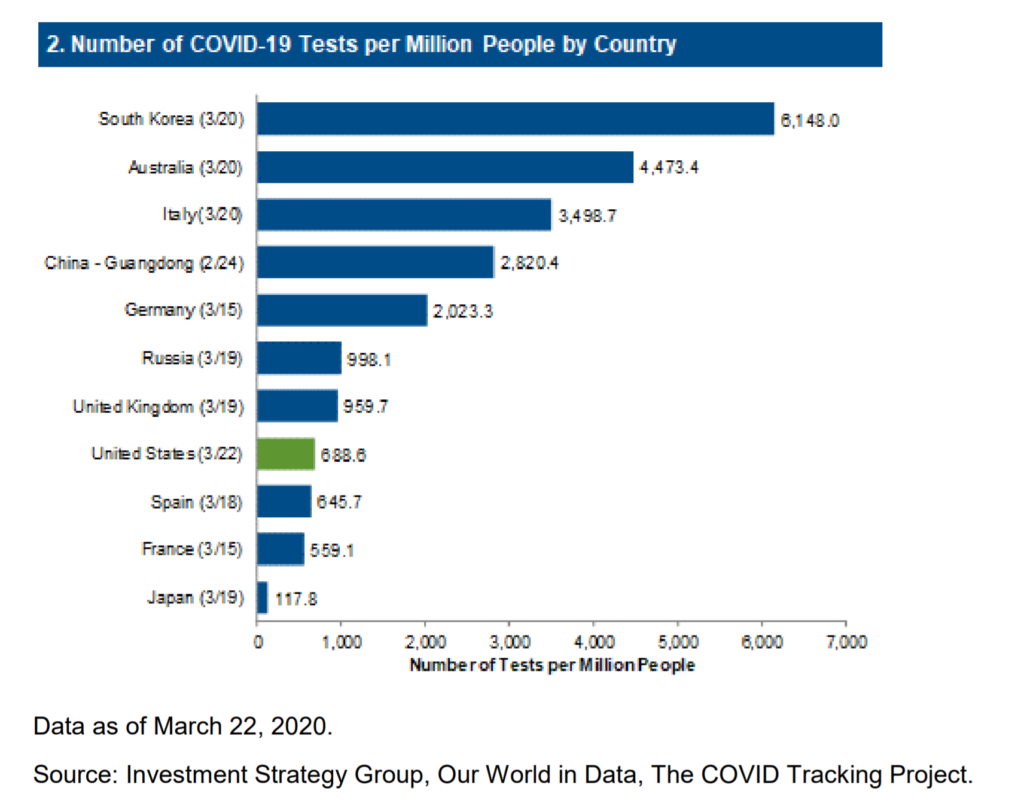 Many have called on Trump and his administration to do more, but the problem is that Trump is really unique as a president, or even as a politician, in that he responds relatively little to public pressure; partly because he doesn’t care about most of the media and even most of the electorate outside of his base. He seems to have been relatively successful so far in this crisis in labeling most criticism as politically motivated.

So, we may need Congress to act very quickly to resolve some of the most urgent and time-sensitive problems, where quick action is needed to prevent a lot of deaths ― possibly hundreds of thousands ― in the near future. Jeffrey Sachs (here) and CEPR (here) have argued that a large appropriation to the states and local governments should be a top priority.

Some of you may already be looking into this and we hope we can work together to find members of Congress to prioritize an attempt at winning such an appropriation.

Also, we are wondering if there are any other funding or other measures that Congress by itself might be able to approve that could immediately set in motion some of the rapid planning and implementation of the urgent, life-saving measures noted above (and others).

We think that most of the public and even journalists are not sufficiently getting the message of how urgently these measures are needed, and how many people will die unnecessarily as each day goes by that they are delayed. So, any ideas of how to move Congress to move this forward ― including measures that people have already initiated ― would be appreciated.

Thanks for all of your great work.

The Impediment to Productivity Growth: Waste that Makes Some People Rich