The Real Rate of Recovery, Part 1: The Jobless Rate

The “jobless rate” measures the percentage of Americans lacking a job amongst all those who say they would like to work. 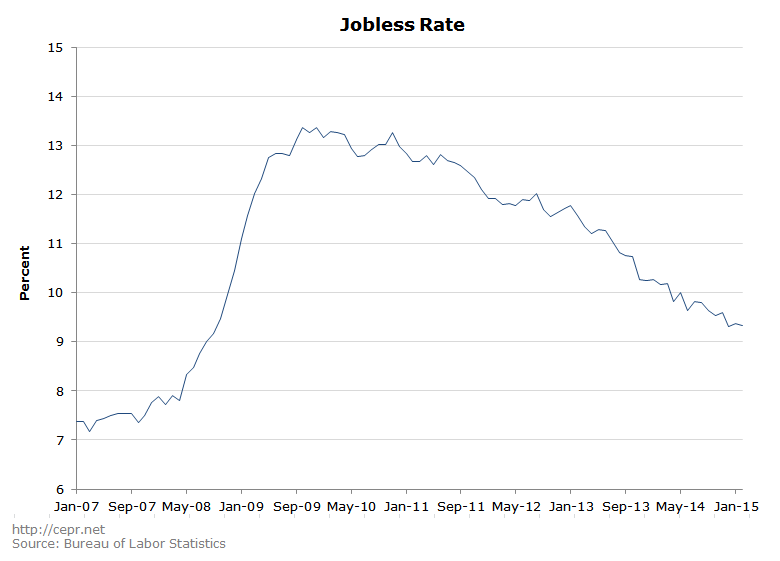 The official unemployment rate measures the percentage of Americans who seek employment but are unable to find it. The measure only counts workers as unemployed if they “have actively searched for work in the prior four weeks.” This means that if non-employed workers become disillusioned with their job prospects and stop actively searching for work, they are no longer counted as “unemployed”; thus the unemployment rate falls. (Note that while the Bureau of Labor Statistics tracks the number of “discouraged workers”, they only count workers as being “discouraged” if they have searched for work within the past year. Given that the labor market has remained depressed for over seven years at this point, it’s entirely possible that some prospective workers stopped searching for work over a year ago and won’t begin searching again unless the labor market more fully improves.) The jobless rate — a new measure that we have created — takes account of all Americans who say they would like a job, regardless of whether they are classified as “unemployed” or not. (Data for this measure can be found here.) The jobless rate therefore improves upon the standard unemployment rate by taking account of Americans who haven’t searched for work in the last four weeks.