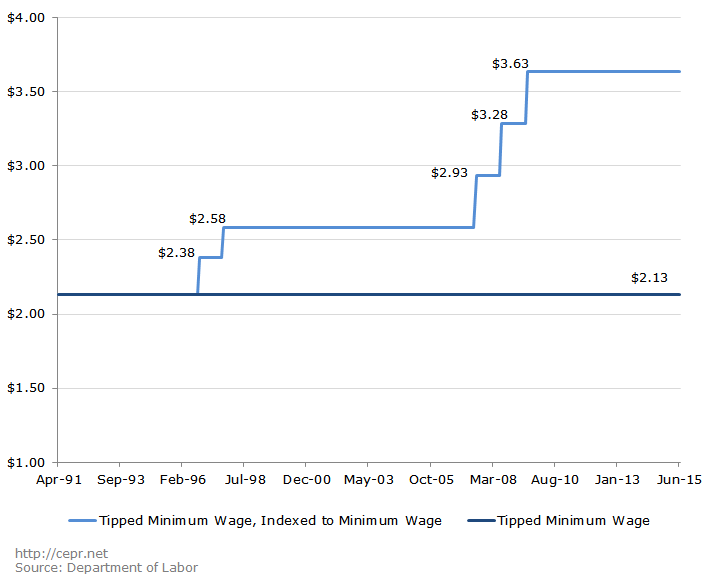 Proponents of a higher minimum wage have argued that while the minimum wage has risen in nominal terms, it hasn’t increased in line with average wages, productivity, or even prices. These complaints hold true to an even greater degree for the tipped minimum wage, which hasn’t been raised even once for over twenty-four years.