There are a few distinct takeaways from the graph. First, the U.S. has relatively low environmental productivity. The median country in the sample — Belgium — is over 40 percent more productive that the U.S. That is, it creates over 40 percent more income for every unit of CO2 emissions. This suggests that the U.S. has substantial room to decrease emissions, boost national income, or do some combination of the two through greater efficiency. 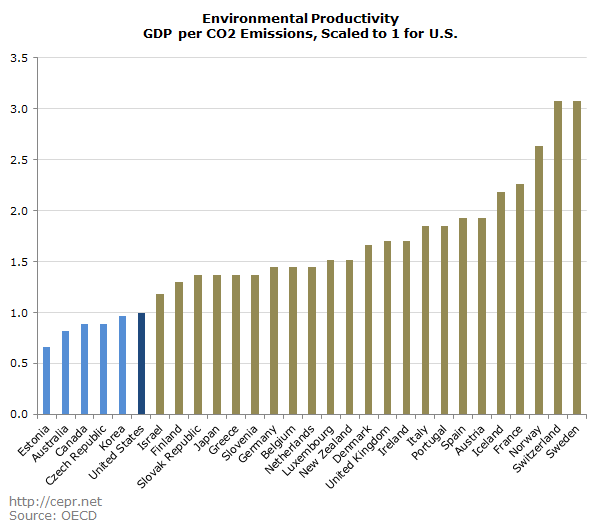 PREVIEW: What to Look for In the Second Quarter 2022 GDP Report