On June 18 and 19, CEPR Director of International Programs Deborah James participated in panels organized by the United Nations Conference on Trade and Global Development (UNCTAD) in Geneva.  The first panel, which Deborah moderated, discussed macroeconomic dimensions of inequality and included participants such as Dr. Mukhisa Kituyi, Secretary-General of UNCTAD, and Triyono Wibowo, Ambassador and UNCTAD’s President of the Trade and Development Board, among others. Deborah also spoke at a round table discussing the best policy practices to global transformation, and was joined by Rubens Ricupero, former Secretary-General of UNCTAD and former Minister of Finance in Brazil, and Martin Khor, Executive Director of South Centre, to name a few. Audio recordings of the panels are available here. 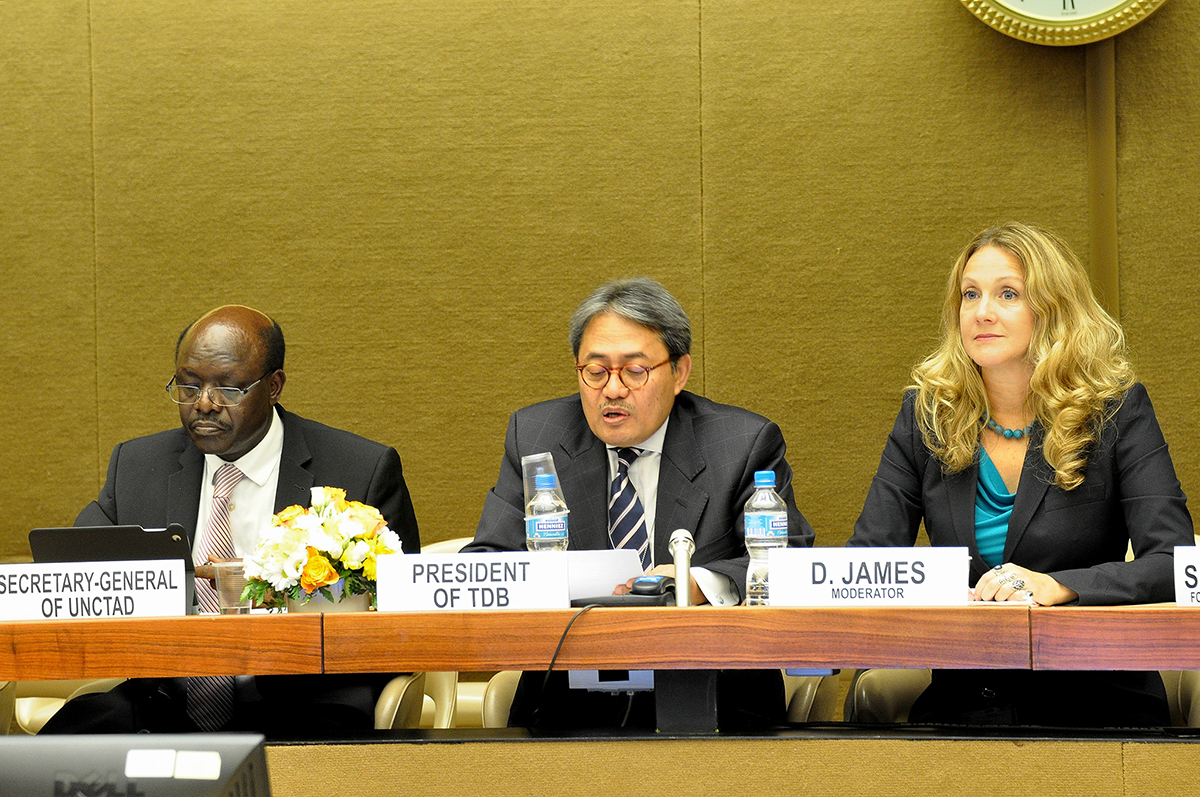