The cholera epidemic, brought to Haiti by UN troops over two years ago, continues to spread throughout the country claiming lives and sickening thousands. Since the passage of Hurricane Sandy in late October, over 175 Haitians have died and nearly 20,000 have fallen ill. In November, an average of 4 Haitians died each day due to the disease. Since the introduction of cholera, nearly 7,800 have died and over 625,000 have been sickened.

Today, in observance of Human Rights Day, Haitian grassroots groups Fan Rezo BAI (Women’s Network of BAI), MOLEGHAF (Movement for Liberty and Equality by Haitians for Fraternity) and KONAMAVID (National Coordination of Direct Victims) are protesting outside the UN Logistics Base in Port-au-Prince. The groups are calling on the UN to take responsibility for the epidemic and to provide reparations to the hundreds of thousands of victims across the country. (For updates, pictures and video from the protest, see @BuddhistLawyer, @melindayiti, @gaetantguevara, and @BriKouriAyiti on Twitter.)

“You always have human rights, they die with you. No one gives them to you, we demand justice to victims of cholera. We see people in the streets that we can’t help. We ask the UN to take responsibility for cholera that its troops sent to Haiti.”

For his part, David Oxygene of MOLEGHAF, who recently spent over two months in prison after being arrested during a previous protest, accused the UN of “violating Haitian’s human right to health and water,” adding, “the laws are violated here, the right to housing, health, education, to work, which are protected in the Universal Declaration of Human Rights. We don’t have any of the rights we are supposed to.”

The calls from Haitians grassroots groups build on an international campaign to hold the UN accountable. The award-winning filmmaker and director Oliver Stone created an online petition on Avaaz last week calling on the UN “to help Haitians stamp out killer cholera for good.” The petition has so far received nearly 6,000 signatures from all over the world.

In part because of the pressure from both within Haiti and internationally, the UN, together with the Haitian government and other international agencies are expected to announce tomorrow a $2.2 billion, ten-year plan to eradicate cholera from both Haiti and the Dominican Republic. The plan, while a step in the right direction, comes over two years since the UN introduced cholera and numerous questions remain as to the plan’s implementation, not least of which is where the $2.2 billion will come from. The AP reported in November that the only confirmed funding was $15 million from the World Bank. 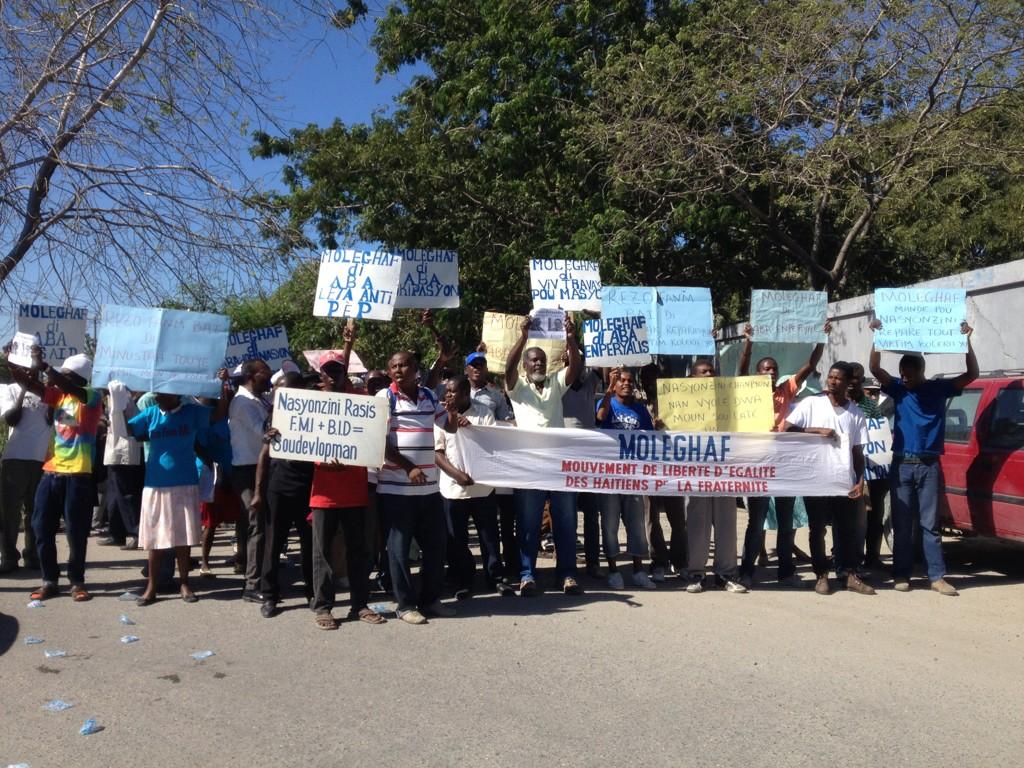 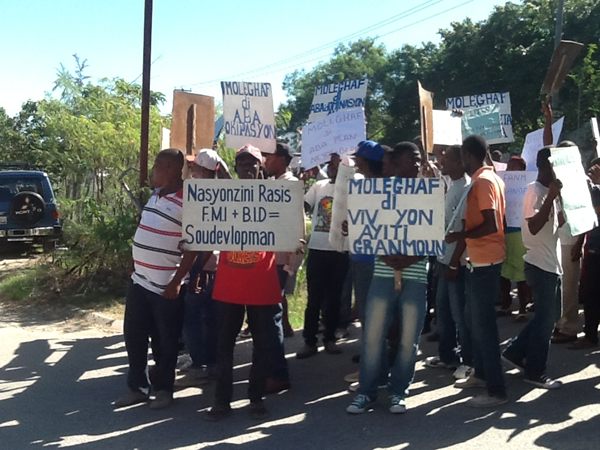 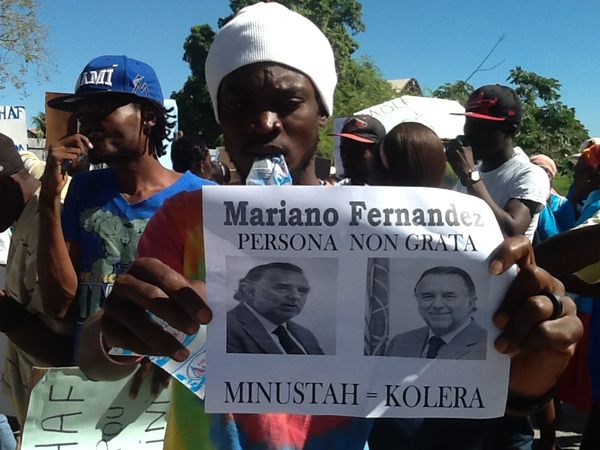 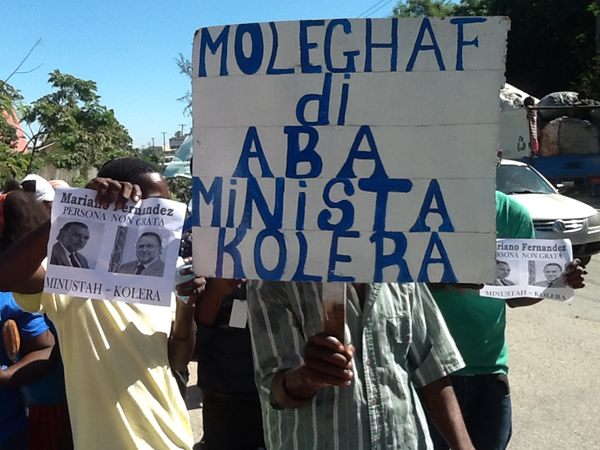 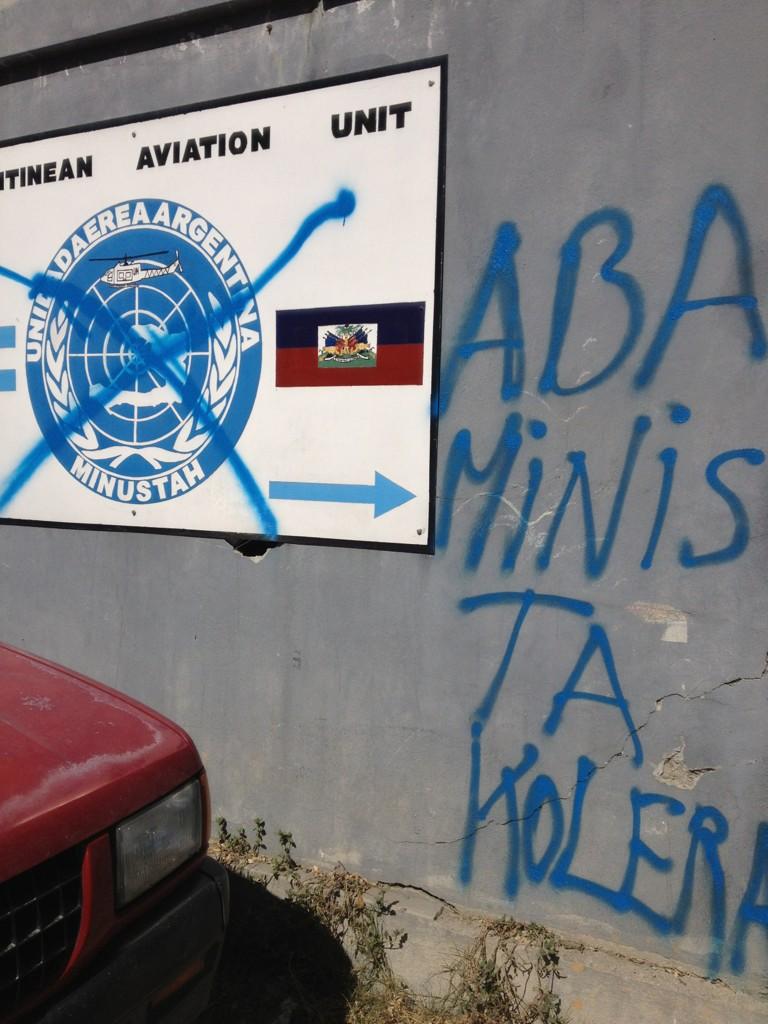