Is There a Labor Shortage in the Construction Industry?

Construction employers often talk about the labor shortages they face. The Associated General Contractors of America recently released a press release lamenting that “contractors are having a hard time finding enough qualified workers to meet growing demand in many parts of the country” as unemployment rates in the construction industry declined. The Atlantic wonders, “Where Have All the Construction Workers Gone?” To bolster claims of a shortage, the industry puts out reports based on non-scientific surveys of employers. 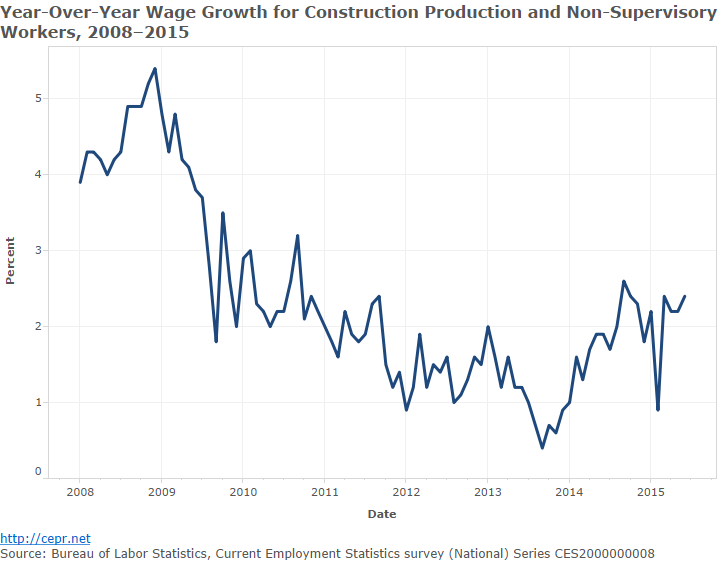 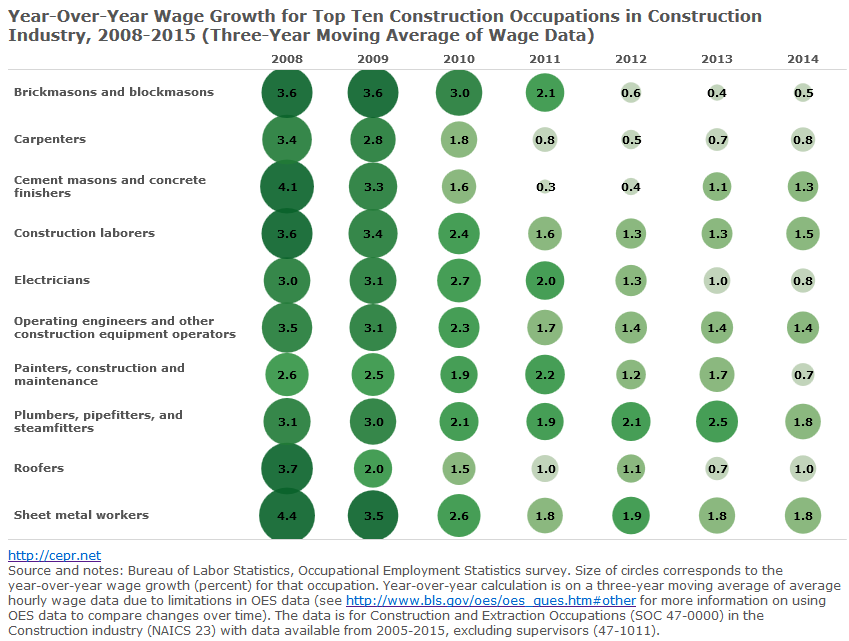 The two sets of wage growth data suggest that there is no labor shortage for the industry, at least nationally. So what does the construction industry’s low unemployment rate mean in context, and what explains employers’ inability to find workers?

The other part of the problem might be explained by the “The Stupid Boss Theory.” Employers may not know that they need to raise wages to attract workers, or they may know, but not want to.

For the construction industry, it seems to be the latter. For example, home builders in Texas found it difficult to compete with wages in the oil and gas industry, so they decided to advocate for a construction guest worker program that will lower their labor costs by bringing in workers from other countries. (This is supported by two large industry groups.) Construction employers and industry groups also increasingly push for government training programs in and outside of our education system so that they do not need to pay for on-the-job training. If employers only look for workers that meet specific credentialing or training requirements, they may pass over workers that could learn skills on-the-job, which has historically been a way workers gain skills.

In sum, if employers are having a difficult time finding workers, they likely have unrealistic wage or skill expectations, probably because they are fixated on keeping their labor costs low.