Over the Top: Who Pays More if We Raise the Social Security Payroll Tax Cap

Many Americans are not aware that, because there’s a cap on the amount of earnings that are subject to Social Security payroll tax, the highest-income earners among us pay a lower rate than the rest of us. For 2016, that cap is set at $118,500 per year, the same level as in 2015. (In almost all prior years, the cap increased annually with inflation, but lower gas prices were a major factor in holding the relevant inflation measure flat last year.)

In 2015, several members of Congress introduced bills to shore up Social Security’s finances by raising the tax rate on the highest-wage earners, bringing their rate either closer to or equal to that paid by the rest of us. The proposals that remove the payroll tax cap entirely are estimated by Social Security’s Chief Actuary to reduce the program’s long-term funding shortfall between 70 and 80 percent. Other bills apply the tax to earnings above $250,000 or $400,000 per year, which are estimated to eliminate anywhere between one-ninth and four-fifths of the gap, depending on how they are phased in.

The figure below, and the tables available at the bottom, update prior CEPR issue briefs to show how many workers would be affected by eliminating or raising the cap. It turns out that the top 6.3 percent of earners (less than 1 in 15) would pay more if the cap were scrapped. If the tax were applied only to income above $250,000 or $400,000 per year, then only the top 1.5 percent (1 in 67) and 0.6 percent (1 in 167), respectively, would pay more. 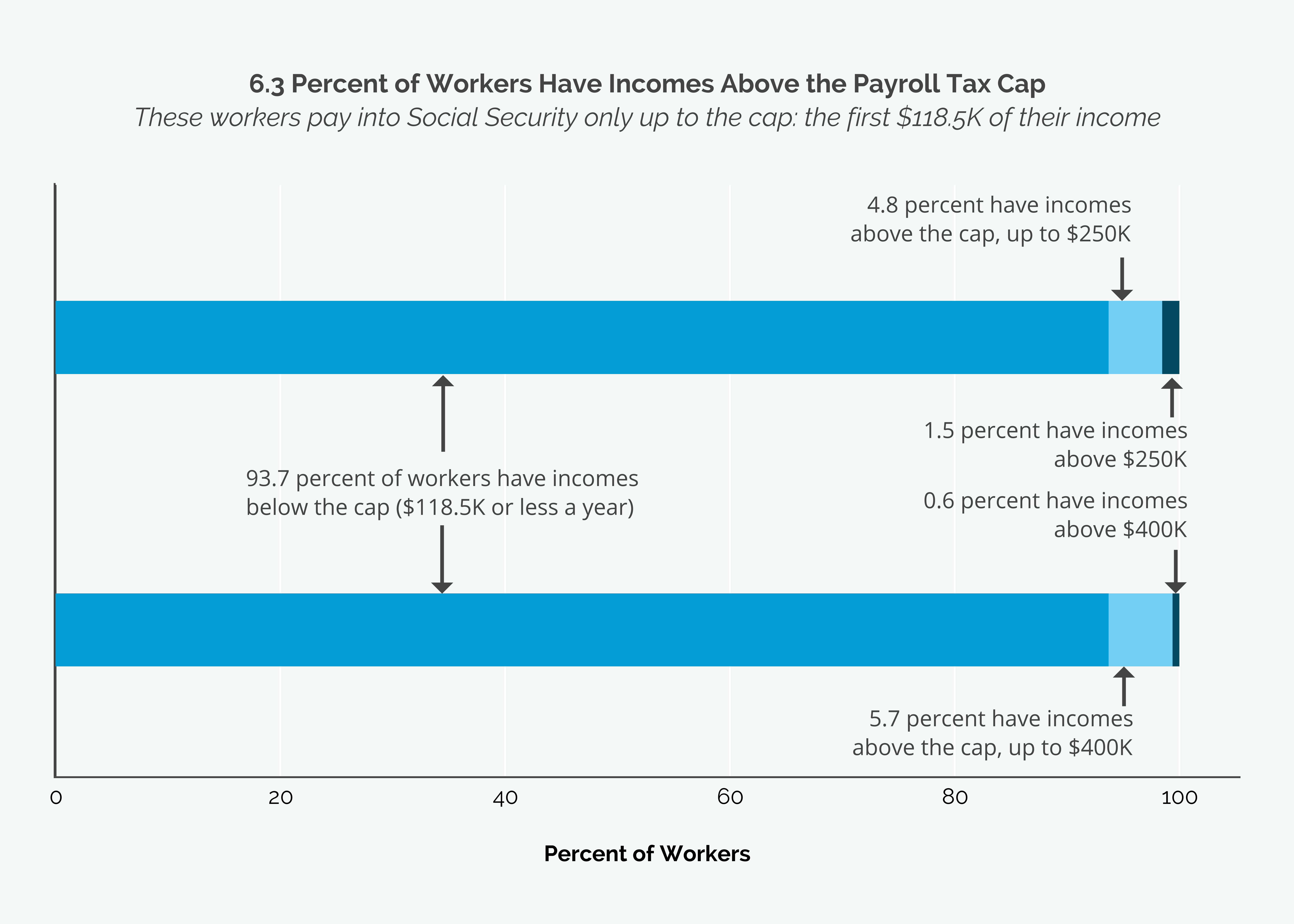 The last time major changes were made to the program (in 1983), the cap was set to apply the Social Security tax to 90 percent of all earnings. But since wages have grown faster for high-earners than the rest of us, the share of earnings covered by Social Security has continually dropped. It hit a new low of only 81 percent in 2015.