Washington DC — As Congress debates the contents of the federal budget for fiscal year 2022 and beyond, the question of aid to state and local governments remains salient. Senior Research Fellow Max B. Sawicky offers a detailed analysis of this neglected but key component of the economy in “These States: US Federal-State-Local Fiscal Relations in the Wake of Pandemic-Driven Recession,” released today by the Center for Economic and Policy Research (CEPR).

“Most public investment is carried on by state and local governments, so stagnation of federal aid injects a permanent, negative factor into US economic growth,” says Sawicky. 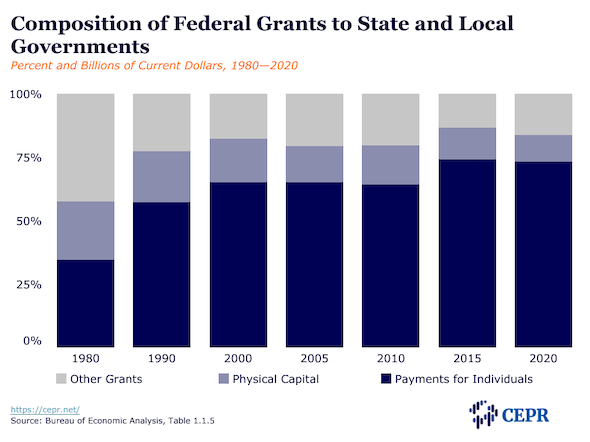