A major goal of the ACA was to give workers the ability to obtain insurance outside of their employment, so that they would not be tied to a job that doesn’t meet their needs or fully utilize their skills due of their need for health insurance. The jump in voluntary part-time employment since the exchanges went into operation is an indication that the ACA has had this effect. This paper gives the breakdown of this increase by state. Presumably, if the ACA were repealed without some comparable or better system of insurance put in its place, these numbers should give an indication of how many people would again be forced to seek out full-time employment to get employer-provided health insurance, even though part-time work better fits their needs. 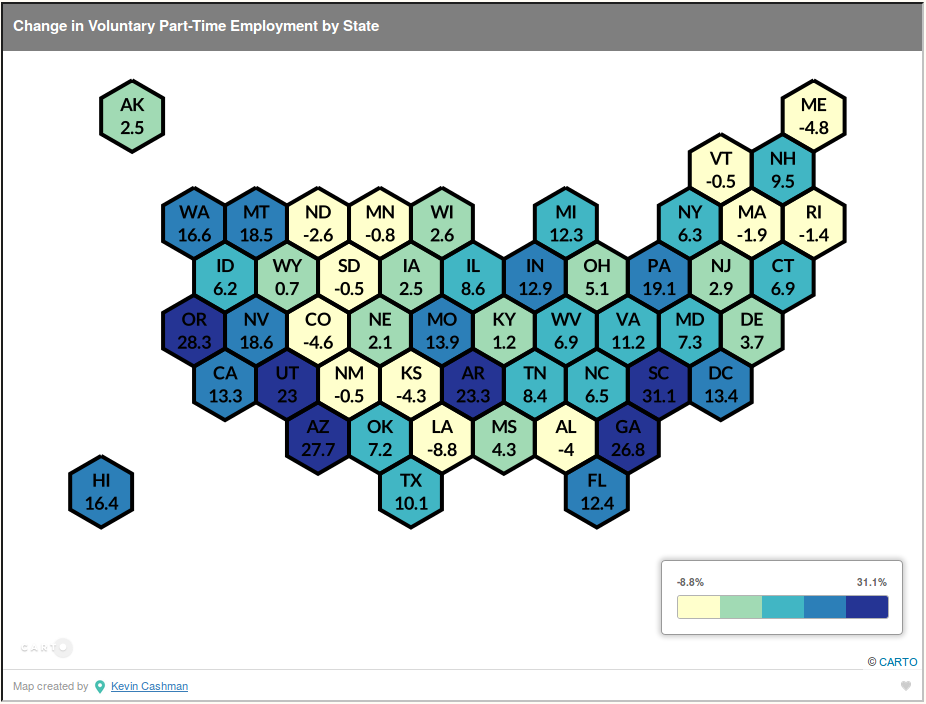