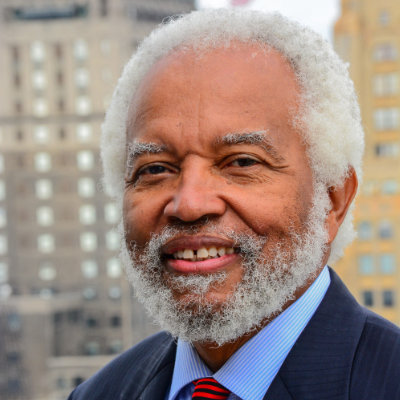 CEPR Senior Research Fellow Junius Williams, Esq., is the Newark Historian. He is the host of Everything’s Political podcast that examines the hidden side of politics through conversations about social justice issues.

He is a nationally recognized attorney, musician, educator and independent thinker who has been at the forefront of the Civil Rights and Human Rights Movements in this country for decades. His life in the Movement in the South and the North has been chronicled in the Civil Rights History Project, a collaborative initiative of the Library of Congress and the National Museum of African American History and Culture, Smithsonian Institution. His is one of eleven interviews shown nationally on C-SPAN.

His speeches have energized young and old alike in places like the Smithsonian Institute in Washington DC, the Schomberg Center for Research in Black Culture, in New York, Shiloh Baptist Church in Trenton, NJ, and colleges throughout the country.

As the youngest President of the National Bar Association, the oldest and largest organization of black attorneys in the US, he spoke at the United Nations, advocating for genuine democracy on behalf of the people of Zimbabwe, Southern Africa. (The NBA paper was adopted by the UN and publicized in seven different languages for international consumption.) He was listed as one of the “100 Most Influential Blacks in America” in Ebony Magazine, ran for Mayor of Newark, and recently retired as the Founding Director of the Abbott Leadership Institute at Rutgers University Newark, where he taught leadership and community organization based on lessons outlined in his book, Unfinished Agenda, Urban Politics in the Era of Black Power. He sings, plays Blues harmonica, and celebrates with audiences the rich cultural heritage of American music, from the Negro Spirituals, Blues, Jazz, and Gospel, to Hip Hop.

In 2016, he served as Chairman of Newark Celebration 350, to commemorate the 350th Anniversary of Newark. He is Producer of the “The North”, a digital portrayal of the black empowerment experience, starting in Newark NJ, at www.riseupnorth.com. The website attracted more than 500,000 “hits” in the first 16 months of operation.The common thread in this rich life shared in his speeches and advocacy is his passion for Justice. Junius uses stories, candid commentary, humor and his music to inspire and empower his audiences. Many of us benefit by the work he has done, and continues to do.