Involuntary Part-Time Employment as a Percentage of Total Employment 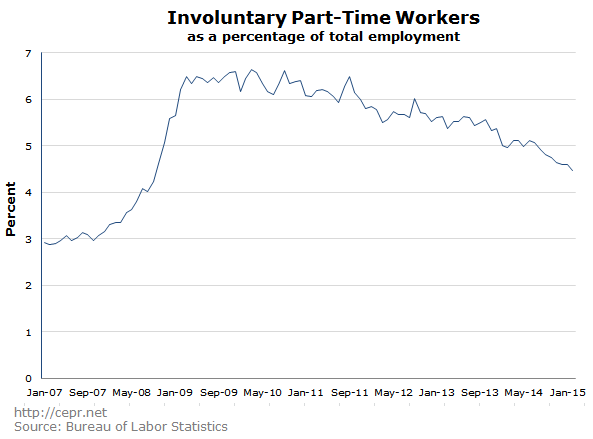 The official unemployment rate and measures of employment like the employment-to-population ratio (EPOP) are quantitative assessments of the jobs market. These measures give us useful information, but even if they are completely accurate, they do not tell us much about what it is like to be employed. Looking at involuntary part-time employment—defined as working 1 to 34 hours a week due to economic reasons like unfavorable business conditions or an inability to find full-time work—is a valuable way of assessing the quality of employment. Involuntary part-time employment increased as a percentage of total employment during the recession and has yet to recover, indicating that purely quantitative measures of the labor market overstate the degree of recovery.