2014 Job Creation Faster in States that Raised the Minimum Wage

The experience of the 13 states that increased their minimum wage on January 1st of this year might provide some guidance for what to expect here in Washington, DC when the city-wide minimum wage increases to $9.50 on July 1.

When we updated the GS analysis using additional employment data from the BLS, we saw the same pattern: employment growth was higher in states where the minimum wage went up. While this kind of simple exercise can’t establish causality, it does provide evidence against theoretical negative employment effects of minimum-wage increases.

In this post, we can now bring these figures up to date with the data from April and May. 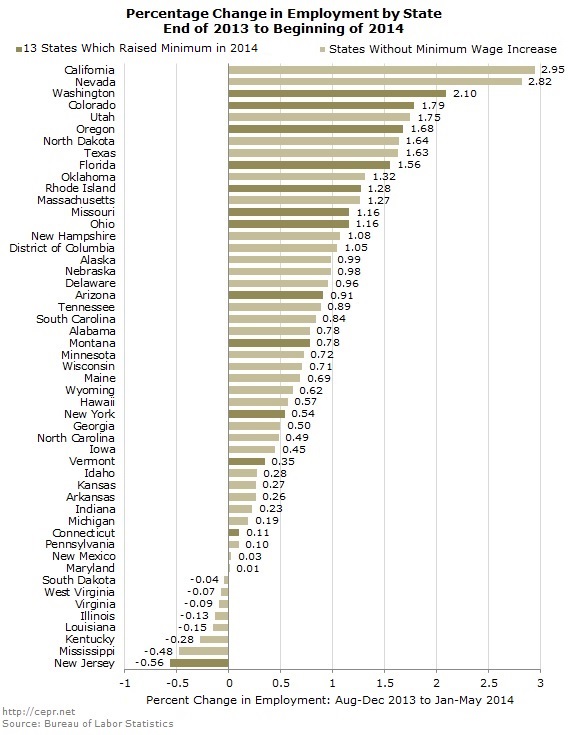 The experience of the 13 states that already increased their minimum wage in 2014 paints a very positive picture for Washington and its low-wage workers.