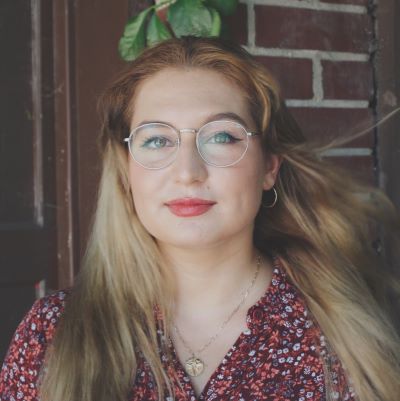 From a public relations perspective, 2022 was an awful year for the cryptocurrency industry. The value of Bitcoin and other popular currencies lost more than half their value. Several major bankruptcies, scams, and frauds associated with the industry surfaced with the FTX-Sam-Bankman-Fried scandal only being the most sensational. While 2022 was bad for the crypto industry, it was useful for the public to see some of the potential downsides of cryptocurrencies instead of simply hearing the hype from industry-paid advertisements and crypto investors.

Unlike most types of investment products, which can give the appearance of being reserved for people who are White and wealthy, cryptocurrencies have been marketed by many celebrities of color. Black crypto-enthusiasts argue that cryptocurrencies will enable African Americans to build “generational wealth” while avoiding racially discriminatory financial institutions. For example, the co-founder of the social media group Black Bitcoin Billionaire, Lamar Wilson, states, “Bitcoin is truly a technology that is breaking down barriers for people of color, and we’re excited to inspire a new generation of billionaires.”

Survey data suggests that many investors mistakenly believe cryptocurrencies to be safe and already well-regulated investments. Notably, Black investors are more likely to be misinformed. Additionally, probably as a result of heavy marketing by Black celebrities and marketing via social media popular with Black audiences, Black people are more likely than White people to be invested in cryptocurrency. Given this situation, it is important to disseminate more unbiased information about cryptocurrencies, particularly about cryptocurrencies and Black wealth creation. This article aims to be one contribution to this effort.

The idea for cryptocurrencies was dreamed up decades ago by computer scientists who were worried about the power of the government and big business to control people’s lives. They had an anarchist, anti-institution political philosophy. Their currency vision is captured well by the Black rapper Ermias “Nipsey Hussle” Asghedom as quoted in the book Bitcoin and Black America:

. . . it makes perfect sense for there to be an unregulated peer-to-peer currency that people can exchange goods and services, without it being linked to a central bank. It’s no ulterior motive. It’s honest, between the two parties and the transaction is transparent.

But this vision is quite different from how cryptocurrencies are used today.

“The number one use for Bitcoin has been and remains speculative investment,” states Ian DeMartino, a writer for a cryptocurrency media organization. For most holders of cryptocurrencies today, they are investments, not currencies to be used in the day-to-day purchase of goods and services. In fact, for nearly all of the more than 20,000 cryptocurrencies, it is simply not possible to use them to buy goods at your grocery store.

Be Skeptical About Claims from Crypto Enthusiasts

While cryptocurrency today differs from what the first advocates hoped for, the cryptocurrency industry still uses the early goals to market the business. This is present in the claims made about the supposed benefits of cryptocurrencies. For example, the authors of popular reference guide Cryptocurrency for Dummies, Kiana Danial and her colleagues claim that cryptocurrencies:

Cryptocurrencies do have the potential to provide banking services to the unbanked, and there is evidence suggesting that a small share — a little more than a tenth — of the unbanked are using cryptocurrency for transactions. This is not necessarily a good development. There are good reasons why Danial recommends against using cryptocurrencies for transactions. For example, last year, the value of Bitcoin declined by 60 percent from the start of the year to the middle of the year. In other words, an individual would have had to spend 2.5 times as much Bitcoin in July as they would have had to spend in January to purchase the same item. An unbanked individual would have lost a lot less had that person simply used cash or a prepaid debit card instead of Bitcoin. Further, the people most likely to use cryptocurrency for transactions are lower-income individuals who can least afford to lose money.

There is another way that lower-income individuals lose money from conducting financial transactions in cryptocurrencies: fees. The Brookings scholar, Tonantzin Carmona, argues that cryptocurrency transactions can be quite expensive because there are network fees and then additional fees charged by crypto platforms such as exchanges, trading apps, and ATMs. Her most shocking example is for remittances:

The Challenges of Studying the Black Crypto Wealth

Many of the claims about the benefits of cryptocurrencies do not hold up to scrutiny. There is one final claim to consider: Do cryptocurrencies help Black people to build generational wealth?

One way to examine this question would be to have a good sample of Black crypto investors and detailed information about their crypto investments over a sufficient period of time. This sample and data are difficult to obtain. While Black people are more likely than White people to be invested in cryptocurrencies, it is still only a minority of Black individuals — a minority of a minority — with these investments. A national random survey would have to be very large to obtain a good sample of Black crypto investors. This would be a fairly expensive survey.

While self-report data about whether cryptocurrency investments are profitable can be useful, it is far from ideal and not likely to be very precise or accurate. Individuals may not know how well or poorly their crypto investments are doing. For example, the personal finance YouTuber who goes by the moniker “Beat the Bush” has about 1 million units of the cryptocurrency Dogecoin. He recently showed that he had thought it was trading at about 11 cents per coin when it was only at about 8 cents. At around 11 cents, he would be making a good profit. At about 8 cents, he would be more or less breaking even. Because he wasn’t actively tracking the investment, he did not have accurate information. Investors may make inaccurate guesses about the status of their investments in self-report data.

Additionally, self-report data may be affected by what is known as social desirability bias. Survey respondents may give responses that would present themselves in a positive light. Self-report data may be corrupted by individuals exaggerating their investment gains or minimizing their losses. For this reason, it would be best for researchers to have direct access to crypto account information. This information is not readily available to the authors.

Lacking quality data by race, this exploratory analysis will simply compare the growth in the value of randomly selected cryptocurrencies with two index funds. The authors do not endorse any particular investment or cryptocurrency. To separate the analysis from specific cryptocurrencies and investment funds, none will be specifically named in this article. (The dataset with names and other details can be dowloaded here). Readers should be aware that an investment’s past performance may not be predictive of its future performance, and all investments involve risk.

Since the individuals encouraging Black people to invest in cryptocurrencies speak about building “generational wealth,” the ideal comparison would be over something like twenty-five years. However, most cryptocurrencies are very new. Figure 1 shows the cryptocurrencies listed on the CoinMarketCap site by their year of creation. Among these currencies, most are less than two years old.

It should be noted that this newness is one of the risks of cryptocurrency investing. Just as most new businesses fail, many of the new cryptocurrencies are likely to collapse. Danial and her colleagues state, “many of the booming cryptocurrencies popping up left and right are destined to go bust.”

Figure 2 shows the median percent change in value for the twelve currencies. The currency that was sixth from the highest declined 33.2 percent, and the seventh declined 60 percent. The midpoint between these two values is a decline of 46.6 percent over the five-year period. If someone had purchased $1,000 worth of a cryptocurrency from the top 1,000 currencies five years ago, the estimate is that the value of the investment would have dropped to be worth a little over $500. In contrast, if someone had purchased $1,000 worth of a total stock market or S&P 500 index fund, it would have increased to about $1,600.

The five-year change in value suggests the potential for cryptocurrencies to produce long-term growth. It is also useful to review shorter periods of change. Looking at the change in value from 2018 to 2022, the four-year period, again the index funds outperform the cryptocurrency sample. In the four-year period there are 30 currencies old enough for analysis. The fifteenth highest four-year change is 5.4 percent. The sixteenth is –14.4 percent. The average of these two values makes the median currency experiencing a decline in value of 4.5 percent while the index funds increased over 30 percent.

Conclusion: Only Public Policy Can Close the Racial Wealth Divide

This exploration suggests that one is more likely to lose money investing in cryptocurrencies than make a profit. Cryptocurrencies are high-risk investments, and they seem to have a low probability of reward. This conclusion receives some support from a survey from the Pew Research Center, which found that about half of cryptocurrency investors report that their investments have performed worse than they expected. Again, this rate may be an underestimate because of inaccuracies and biases by respondents. Research by economists at the Bank of International Settlements suggests that about three quarters of investors in Bitcoin have lost money. JPMorgan Chase & Co.’s analysis of their client data suggests that lower-income investors were more likely to purchase cryptocurrencies at higher prices than higher earners, and thus lower-income investors have likely suffered greater losses with the crash of crypto prices in 2022. Of course, Black people are over-represented in the low-income population in the United States. This dynamic leads The Atlantic to conclude that “Black investors piled into the crypto market at or near its most recent top” and that likely thousands of Black investors “have seen the value of their crypto investments plummet.”

There are strategies that a person could use to increase their odds of making a profit. But these strategies all require some investing sophistication and a time commitment studying and analyzing cryptocurrencies. While the marketing of cryptocurrencies suggests that everyone can become wealthy from investing in crypto, the reality may be that primarily very savvy or professional investors benefit. The economists at the Bank of International Settlements found that “as prices were rising and smaller users were buying Bitcoin, the largest holders (the so-called “whales” or “humpbacks”) were selling— making a return at the smaller users’ expense.” Larger, richer investors seem to have multiple advantages in the crypto space. The people who are likely to be able to increase their odds of making a profit off cryptocurrencies do not look like average, low-wealth Black people.

Wealth inequality in the United States is, to a significant degree, a product of many policies, past and present, that advantage some and disadvantage others. Many books and articles document the policies that help to produce and maintain class, racial, and gender wealth inequality. A few books that cover different aspects of this issue are When Affirmative Action Was White by Ira Katznelson, Shortchanged by Mariko Lin Chang, Toxic Inequality by Thomas M. Shapiro, Rigged by Dean Baker, and The Whiteness of Wealth by Dorothy A. Brown. White-Black wealth inequality is a product of the entire history of public policy in the United States. It is tempting to think that something like cryptocurrencies can quickly fix this problem, but public policy created it, and public policy will be needed to fix it.

Algernon Austin is the Director for Race and Economic Justice at the Center for Economic and Policy Research.