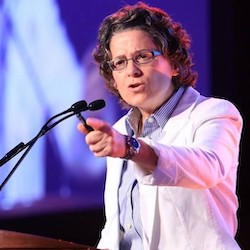 Rolling waves of consolidation have significantly decreased the number of hospital systems in the U.S., leading to dominant regional systems. Increased concentration potentially affects industry quality, prices, efficiency, wages, and more. Much of the consolidation research is focused on merger events and estimating effects on the merged entities. In contrast, our new working paper is not based simply on merger data but takes account of the overall increase in consolidation across the country without respect to cause.

Specifically, we use the intensity of changes in hospital system consolidation in metropolitan statistical areas (MSAs) over two periods to estimate its effect on the wage growth of higher-earning professional workers — in this case registered nurses. We focus on registered nurses as a homogeneous group of workers with some degree of industry-specific education and skills. Registered nurses represent the largest single occupational classification in hospitals and urgent care centers, representing one in four workers.

Understanding the dynamics of local healthcare labor markets is critical given the importance of the sector for the U.S. economy; even more so in the wake of the pandemic amid continued uncertainty around long-term effects (e.g., early retirements, career shifts, education delays). Moreover, labor shortages among hospital-based nurses, which may be a symptom of monopsony, have been endemic in the industry for many years. The wages of nurses were stagnant between 1995 and 2015 despite increasing demand for healthcare over the same timeframe even as it was the only sector that added employment during the Great Recession. Explanations for the stagnation of nurse wages—in one of the more highly unionized professional occupations in the country—are not readily apparent.

Like many studies, we use a geographical location specific (i.e. MSA-specific) Herfindahl-Hirschman Index (HHI) to measure the intensity of change in hospital concentration. We use American Community Survey data to amass our sample of nurses for two periods: 2007-11 and 2015-19. It was necessary to pool multiple years of ACS data to get a sufficient number of MSAs — each MSA requires a sufficient sample of nurses to be included.

We end up with 214 MSAs under study. Most have less than 20 hospitals with a median of five, and HHI scores in the first period that range from 0.035 to 1.00. The smallest MSAs had to be excluded from the sample due to insufficient data. Large MSAs tend to have many hospitals and have the lowest levels and growth of concentration. The majority (77 percent) of MSAs have an HHI index above 0.25, which is considered highly concentrated by the Federal Trade Commission. The largest increases in HHI scores have occurred in smaller MSAs, thus accounting for MSA size in our model is crucial.

We design an MSA-level quasi-experiment to estimate a simple linear equation that describes the wage growth of nurses as a function of national wage trends, MSA-specific baseline wage trends, and changes in hospital consolidation while also accounting for economic trends and hospital effects. One challenge to this research is how to account for heterogeneous MSA-level baseline wage growth that may confound the effect of consolidation. We opt to incorporate a flexible nonparametric preprocessing data step that allows us to net out MSA-specific trends. We use GenMatch, a statistical matching package, to apply a complex algorithm to match four ‘analogous’ workers to each nurse by MSA, year cohorts. Matches are based on worker and demographic characteristics from American Community Survey data. Wage growth of the analogous workers is used to net out MSA-specific baseline growth, leaving a standardized measure of nurse wage growth used in the subsequent parsimonious parametric linear regression analyses.

Results from our preferred specifications that take market size into account are highly suggestive that increased hospital system consolidation in smaller MSAs (i.e. MSAs with less than 5 hospitals, excluding the smallest not in the study) is adversely related to nurse wage growth. Coefficients from our set of regressions that interact HHI growth with a small-MSA dummy variable give consistent results across the three specifications: 8.95, 8.53, and 7.03 (coefficients are significant at the 5 percent level, not statistically distinguishable). The effect attenuates without a control for MSA size.

These estimates translate into a wage penalty for nurses of $0.70 to $0.90 per hour for every 0.1 increase in the HHI consolidation measure. The standard errors, however, are quite large — a 95 percent confidence interval around our preferred estimate spans from a large negative effect to a slight negative effect (-13.64 to -0.42 from a point estimate of -7.03). The average hourly wage of nurses in small MSAs is $35.22 in the second period. Applying a 0.1 increase in consolidation — a typical increase for smaller MSAs with increasing consolidation—means that hourly wages could have been $0.70 higher, suggesting a 2 percent wage cut. This is a result that could add up to very large wage losses given high degrees of hospital consolidation. This is on top of our secondary finding that real hourly wages for nurses grew less than that of comparable workers by $4.08 per hour which identifies a relative gap in nurse wage growth.

Results presented here strongly suggest that growing consolidation in localized hospital markets restrict nurse wage growth. This research has policy implications for antitrust regulation and healthcare policy given that authorities primarily focus their attention on merger activity. Our results indicate that it may behoove them to broaden their monitoring and enforcement lens and pay attention to other ways that consolidation occurs, for example through hospital closures, leading to heightened levels of concentration that change degrees of monopoly and/or monopsony power.

One caveat to this study is that smaller MSAs and rural areas are not included due to data limitations. Further exploration, perhaps utilizing administrative data on nurses, may provide more insight into the dynamics of smaller market concentration.

Read this article and the working paper on INET’s website.

Sylvia Allegretto is a senior economist at the Center for Economic and Policy Research.