Hot Tip for NYT: Real Average Hourly Wages for Truckers are Down Five Percent Since 1990, Might Affect Driver Shortage

We know that it is hard for trucking companies to get good help when it comes to their managers, but New York Times reporters might be expected to be a bit more on the ball. In an article on supply chain problems, the NYT completely accepts the industry line that there is a huge shortage of truckers. Furthermore, it tells us that it would get worse over the decade.

According to new developments in economic theory, it is believed that workers respond to incentives. It turns out that pay for truckers has fallen by more than five percent over the last three decades, according to the Bureau of Labor Statistics. 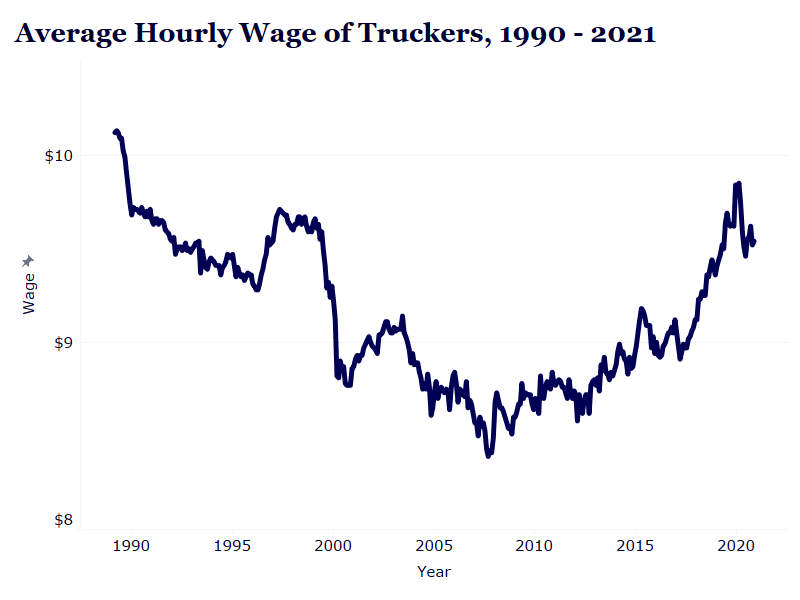 Based on this theory, it is possible that the reason we don’t have enough truckers is that the industry is not willing to pay high enough wages. Furthermore, if we are looking out over a decade, they would have plenty of opportunity over this period to attract more truckers by raising wages.

The article should have investigated why trucking companies are not raising wages enough to attract the needed amount of drivers rather than repeating transparent self-serving nonsense from company managers.