“We want to challenge the model minority myth to reveal the significant numbers within the AAPI population with low incomes that could benefit from government assistance,” said Austin. 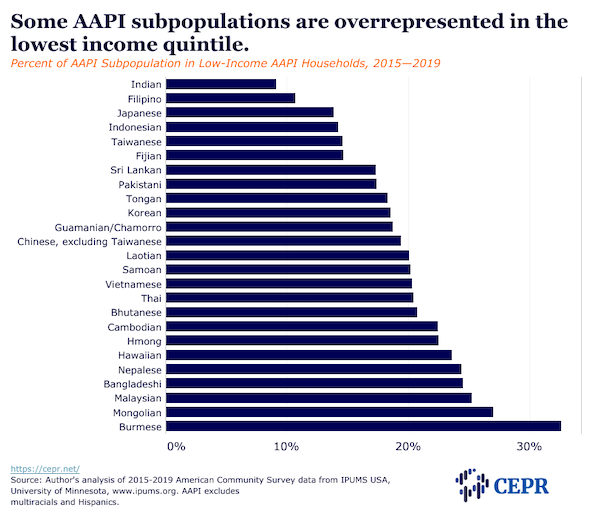