Last week CEPR released a report titled Rising Disability Payments: Are Cuts to Workers’ Compensation Part of the Story? The report examined the extent to which cuts in state-level workers’ compensation programs have led to increased expenditures for the Social Security Disability Insurance (SSDI) program. The findings showed that up to a fifth of the increase in SSDI awards between 2001 and 2011 could be attributed to cuts in workers’ compensation programs.

Another obvious source of rising SSDI costs is the increase in Social Security’s full retirement age. The Social Security program maintains two distinct insurance systems: Old-Age and Survivors Insurance (OASI) for retired workers and their families, and Disability Insurance (DI) for workers who become disabled and can no longer work. Once someone on DI hits “full retirement age,” or the age at which retirees can begin receiving full OASI benefits, he is immediately transferred from the DI rolls to the OASI rolls. 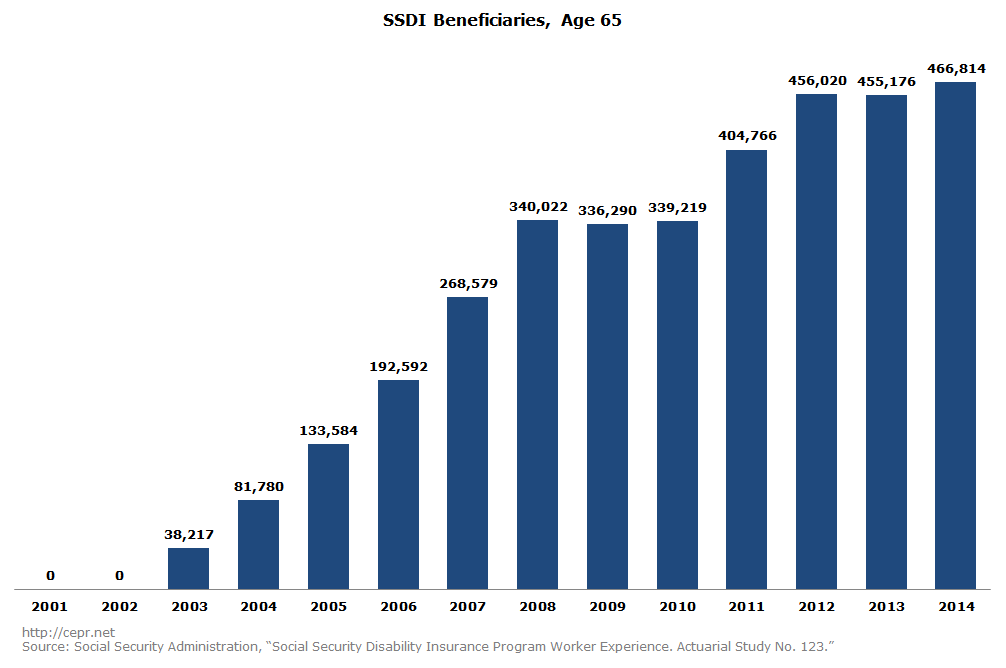 What Do Fertility and Football Have to Do with Clinton-Gingrich Welfare Reform? Read This to Find Out

How Restricting Reproductive Rights Hurts People with Disabilities: A Review of Research Findings

Why Union Membership Is Good For Workers With Disabilities