With the costs of college tuition skyrocketing, the affordability of higher education is becoming a major issue in the 2016 presidential campaign. Some commentators have argued that the proper solution to rising costs is putting more money in the pockets of students. Specifically, they argue that colleges should expand their work-study programs so that students can get jobs and pay their tuition.

If students want to work full- or part-time jobs to pay for their textbooks, housing, tuition, etc., it would be unfair to deny them that opportunity. However, it should be noted that asking students to work their way through college is unlikely to have a large effect on college affordability, for one simple reason: most college students are already employed.

Data from the Census Bureau reveals that, in 2011, all but 28 percent of college students were employed. This can be seen in the pie chart below. A “full-time, year-round worker” is a worker who is employed 50 or more weeks out of the year and works at least 35 hours per week. 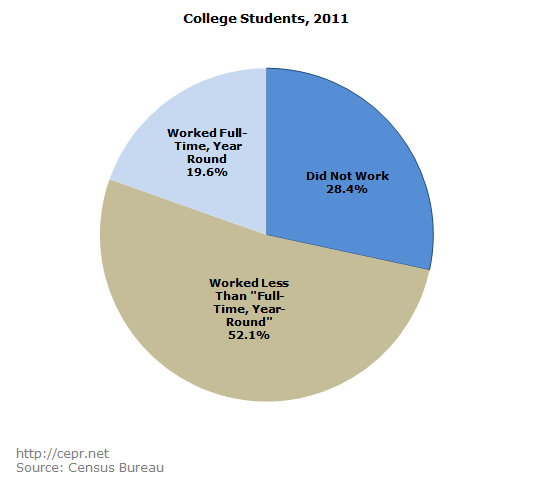 About half of all college students work at least half the year. In total, 19.6 percent work year-round; 29.7 percent work 27 to 49 weeks; 8.9 percent work 14 to 26 weeks; and 13.5 percent work 13 weeks or less. In each of these categories, students tend to work over 20 hours per week, with the vast majority working at least 11 hours. This can be observed in the pie charts below: 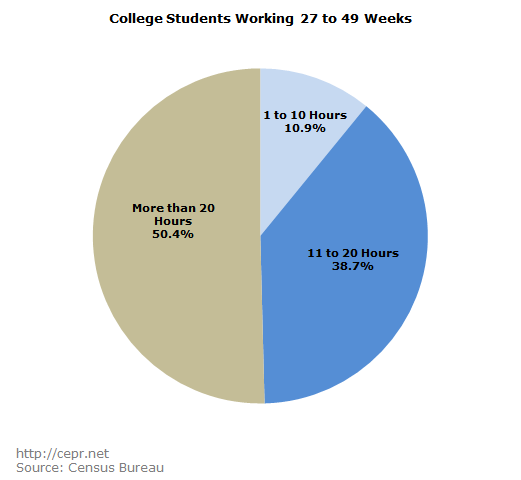 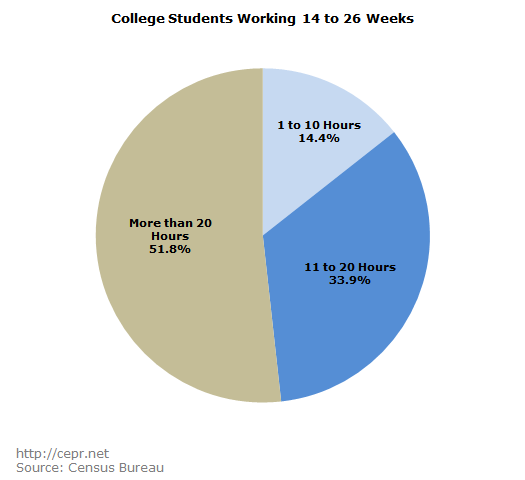 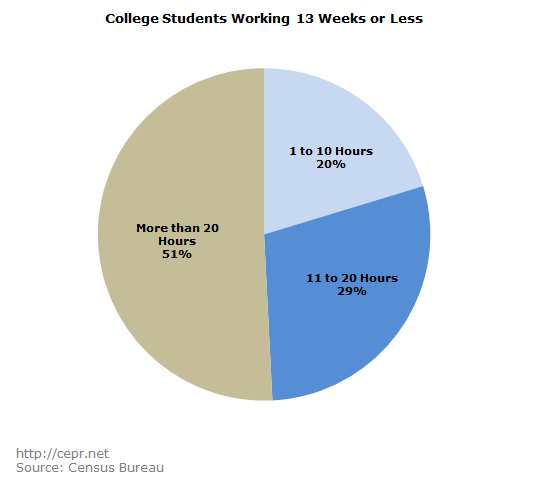 This is coming on top of the time spent studying and attending class. Given that the vast majority of college students already have a job, it’s hard to see how asking them to work is a solution to the rising cost of college.

With Rising Wages and Record Job Openings, Do We Still Have to Ask if the Minimum Wage Kills Jobs?