Payday Report’s COVID-19 Strike Wave Interactive Map, launched at the beginning of the pandemic in March 2020, began using news and social media accounts of workers walking off the job in protest as a measure of strike activity. By this measure, the map indicates at least 1,200 strikes in 2020 as reported in news and social media reports. These labor strike activities were counted as strikes even without regard to workplace size or union authorization.

Early on in the pandemic, Payday Report began to notice a massive strike wave brewing as workers, fearful of losing their lives, simply refused to work.

Almost immediately, strikes were on the move.

In late March of 2020, hundreds of mostly Black sanitation workers in Pittsburgh, members of Teamsters Local 249, engaged in an illegal wildcat strike to protest their working conditions during the pandemic.

Days later on March 27, a group of Black members of Teamsters Local 667 went on strike after a worker contracted COVID-19.

That same week poultry workers at Perdue Farms in Georgia went on strike to protest their working conditions during the pandemic.

One week later, another 1,000 meatpackers walked off in Greely, CO, requesting better personal protective safety gear and complaining how social distancing at the plant was all but nonexistent; they were working elbow to elbow.

In April, dozens of nurses in Beaver County, PA walked off the job at the Brighton Rehab and Wellness Center after 36 of their residents and six health care workers tested positive for the virus.

As the year progressed, the murder of George Floyd on May 25 in Minneapolis and the rise of the Black Lives Matter (BLM) movement spurred a new surge of strikes.

By June 19, 2020, Payday Report tracked more than 600 strikes, walkouts, wildcat strikes, and general strikes, noting that workers walked off the job “at over 500 employers in the last three weeks alone.”

BLM called on workers at workplaces across the nation to #Strike4BlackLives on July 20. About 60 different labor unions called for justice and walked out of their workplaces in solidarity.

From New York City to San Francisco, workers walked out of their jobs at fast-food joints, nursing homes, warehouses, and more, all in solidarity with BLM.

While the pandemic continued, so did the strikes.

By December 2020, the number of strikes (which included walkouts, wildcat strikes, and general strikes) on Payday Report’s COVID-19 Strike Wave Interactive Map reached nearly 1,200 strikes across the United States – one of the largest strike waves in decades, according to University of Wyoming Professor Mike Duff.

Still, according to the BLS, 2020 was exceptionally low. In fact, BLS said that it had the “third lowest number of major work stoppages since the series began in 1947.”

The BLS narrowly defines a work stoppage using an outdated system that only recognizes actions at employers with 1,000 or more workers, and actions “must last at least one shift during the week, Monday through Friday, excluding Federal holidays.”

The stark difference between how BLS and Payday Report’s COVID-19 Strike Wave Interactive Map defines a strike illustrates the giant chasm between how the government views strikes and how they are covered in the media.

Even though Payday Report’s COVID-19 Strike Wave Interactive Map includes a broad range of work stoppages, the reports are gathered from two main sources: the news media, which underreports labor issues, and social media posts, especially from workers involved in or near the actions. Many workers, concerned about their safety, job, deportation, among other things, may not self-report worker actions on social media. It is likely that there are many work stoppages not picked up on the strike tracker.

No longer are union leaders calling for strike votes with strict control of strike activity, often directed by union staff. Now workers, often in nonunion workplaces, are coordinating online and simply walking out over concerns about COVID and in solidarity with the Black Lives Matter movement.

In the era of COVID and digital movements, these strikes look radically different from traditional labor strikes, the strike tracker can help change that dynamic.

Payday Report’s COVID-19 Strike Wave Interactive Map has helped change the discourse on worker uprisings. Major publications in the US, like NPR, and foreign publications like The Economist and The Sydney Morning Herald, have cited Payday Report’s strike numbers.

Of the eight major work stoppages counted by the BLS, five involved various SEIU local unions in Washington state, Illinois, and California. The other unions participating in work stoppages, either with SEIU or separately, included the California Nurses Association, the St. Paul Federation of Educators, the International Association of Machinists and Aerospace Workers, the Graduate Employees’ Organization of the University of Michigan, and the International Longshoremen and Warehouse Unions.

If Payday Report used the BLS’s definition, it would not have tracked the giant wave of strikes that surged just as the Black Lives Matter movement made headway across the nation in June and July 2020.

The tracker would have missed the scientists across the country, who in solidarity with BLM, participated in #ShutDownStem, or the numerous Seattle businesses who closed in solidarity.

The tracker would also have left out the 10-person walkout of nurses in Providence St. John’s Medical Center in Santa Monica, CA, who refused to work without proper personal protective equipment.

Between March 1, 2020 and  July 7, 2021, there have been 1,400 strikes since the beginning of the pandemic. While the pace of strikes is slightly slower than when the pandemic began, they’re still cropping up. It seems, once more, workers have had enough.

Payday Report will continue reporting on the Strike Wave and as always, report on stories where we talk to the workers first. Workers are taking action across the country as the tracker proves, even if those actions are uncounted by the BLS.

Payday Report would like to thank the Institute for New Economic Thinking (INET) for providing support and technical assistance to the COVID-19 Strike Wave Interactive Map, and the Center for Economic and Policy Research (CEPR) for editorial assistance. 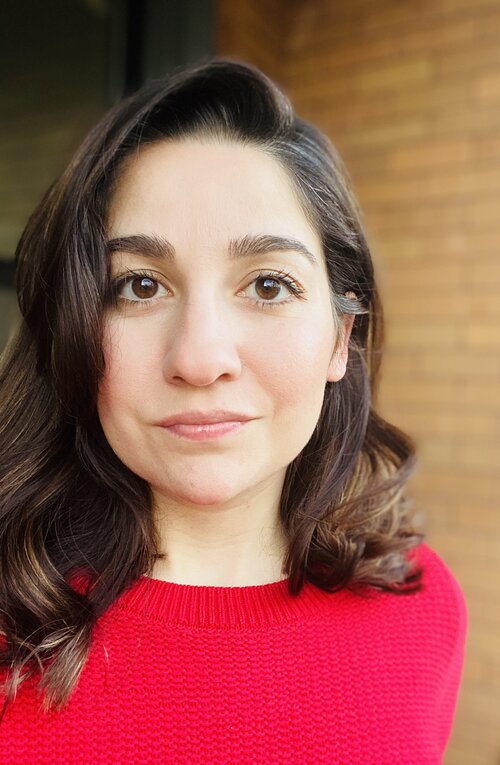 Clarissa A. León was recently named the Editorial Director for PaydayReport.com. As a researcher and editor, her experience includes working for hard-hitting investigative journalists like the late Village Voice reporter, Wayne Barrett, as well as Tracie McMillan, the New York Times bestselling author of The American Way of Eating. Her work has been published in The Nation, Newsweek and The Daily Beast, and AlterNet, among several others. 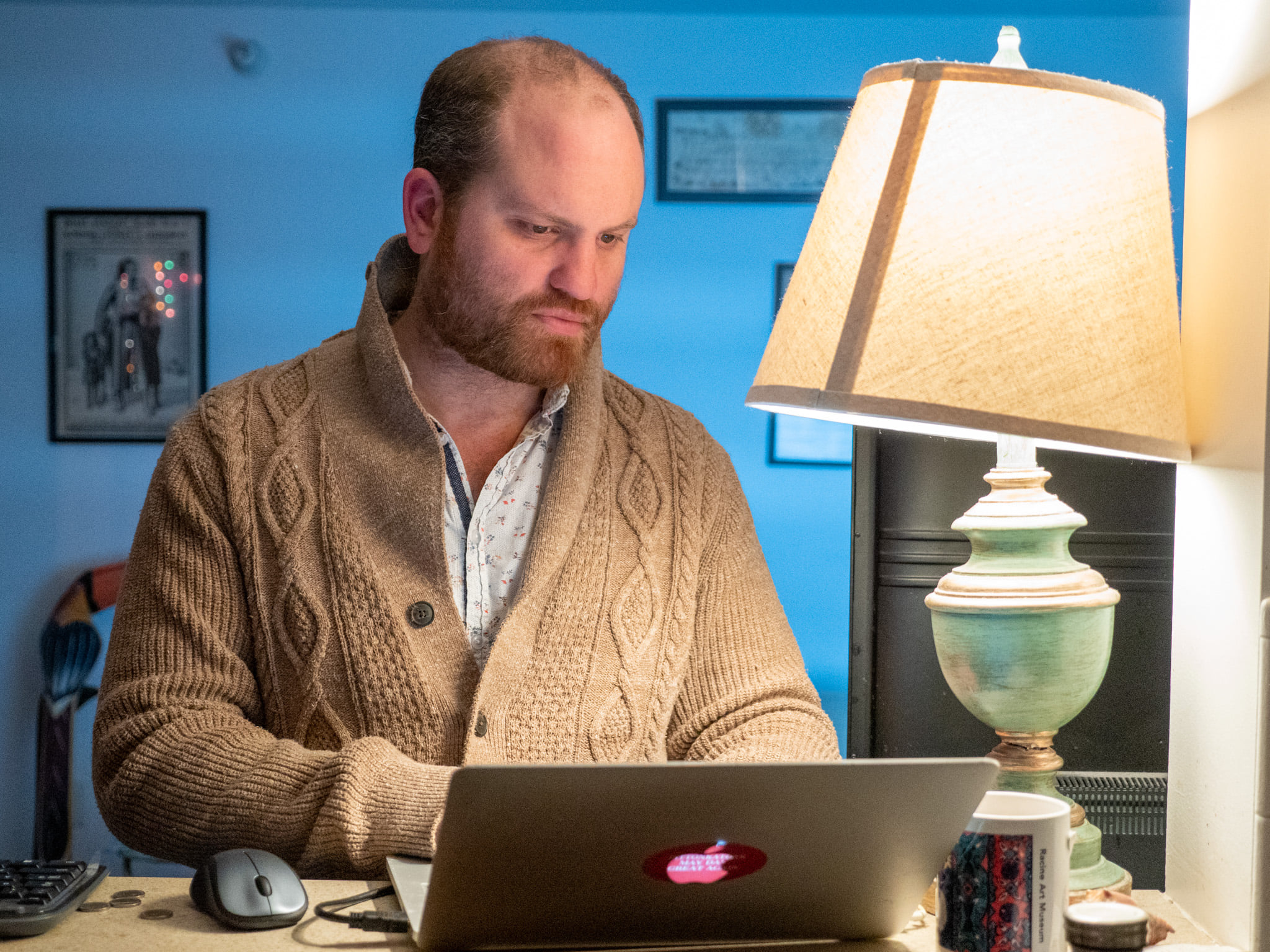 Mike Elk is the founder of Payday Report, a crowdfunded labor publication established in 2016. A protege of the late Bill Greider, Elk previously worked as a labor reporter at the Guardian and POLITICO. He lives in his hometown of Pittsburgh.

Gaslighting on the Big Lie by Thomas Edsall in the NYT

Why Pay Less? The US Strategy for Vaccinating the World