Yes, College Completion is Up, But So is the Gap Between Blacks and Whites

Women—and black women in particular—have seen significant improvements in high school completion rates since the turn of the century, almost cutting in half the black-white gap for women during that time, as I shared last month. But has that meant an increase in college entry and completion—especially since a college degree should demand higher wages in the labor market?

The second report in my Young Black America series of reports examined just that. I found that young black women and men are entering and completing college at higher levels than in the past. Yet, these gains haven’t been enough to noticeably close the gap between them and their white counterparts. From 1980 to 2013, women had higher college entry rates than men, with white women having the highest entry rates of all (see Figure 1). In 1980, 46.9 percent of 19-year-old white women had entered college (including community college). The college entry rate for white men was 41.0 percent and the rate for black women was 40.0 percent. Black men had the lowest entry rate of 25.9 percent, 14.1 percentage points lower than that of black women. 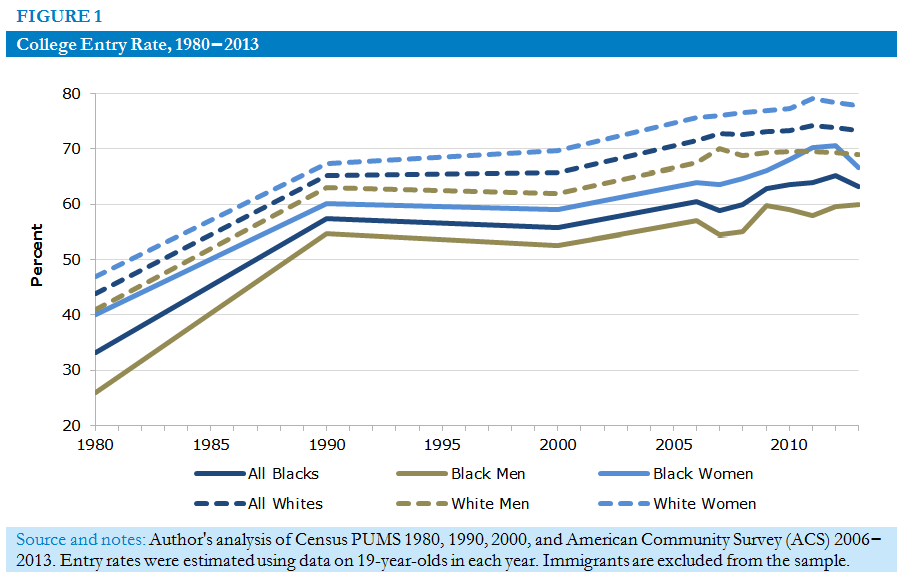 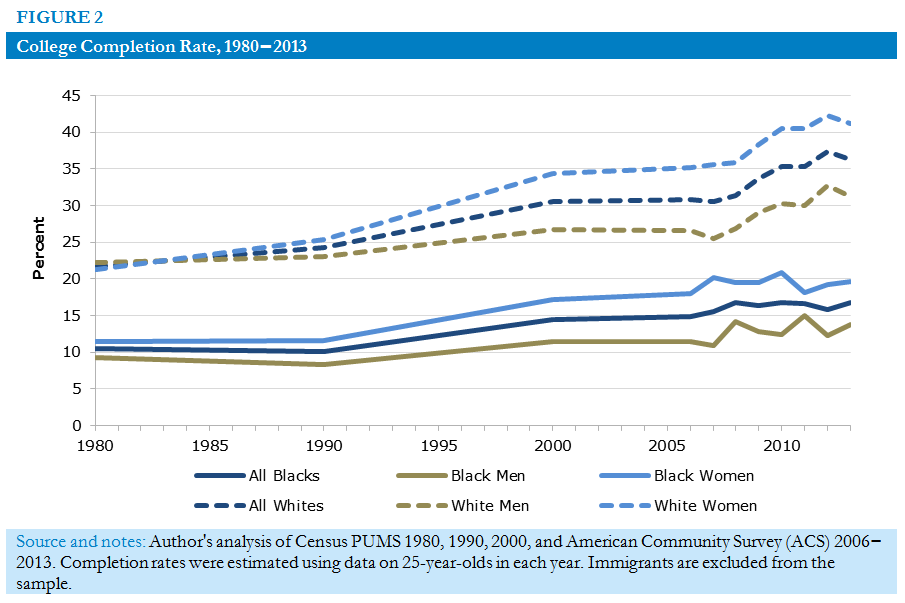 But the growth—rather than continued decline—in black-white gaps highlights the need to examine why these racial gaps persist, and in the case of completion rates, continue to widen.

Increases in educational attainment are important, but not just for their own sake. College degrees should lead to higher employment rates, wages, and other labor market outcomes. However, large gaps in completion rates are likely to result in sizable racial disparities in these outcomes. Upcoming installments of my Young Black America series will examine whether that is in fact the case.