Today, CEPR released a new report authored by Jake Johnston and Alex Main on USAID in Haiti. The paper looks at the effectiveness of U.S. foreign assistance, what we know about how it is being administered, to what extent it is adhering to the USAID Forward reform agenda and what steps can be taken to ensure more effective and transparent delivery of aid to Haiti. While one can see who the primary awardees are, the lack of more detailed data creates the impression that U.S. foreign assistance goes into a “black box” where it becomes nearly impossible to tell what happens afterwards.

The report notes that the few audits and evaluations of USAID’s programs in Haiti since the earthquake present a “troubling picture of the manner in which U.S. relief and reconstruction efforts have been conducted so far.” Contractors have hired far fewer Haitians than promised, Haitian businesses were largely excluded, goals were not met, there was inadequate supervision of grantees, and USAID had not conducted internal financial reviews of contractors.

The paper makes several recommendations for how to improve transparency and accountability around the $1 billion in outstanding obligated U.S. aid funds for Haiti, as well as around any additional aid funding in the future. These include making data available on subcontractors; ensuring awardee compliance with federal regulations and contract requirements; reducing reliance on large, multi-year contracts that favor traditional partners while increasing direct contracting to Haitian entities; strengthening USAID’s capacity to carry out effective monitoring and evaluation of assistance programs; making all evaluations publically available; ensuring the involvement of local populations; and making all available information on assistance programs accessible to Haitians – including via translations to Haitian Creole.

“Without transparency, not only is it impossible for U.S. taxpayers to know what is being done with their money, but the Haitian government and the Haitian people have little opportunity to ensure that U.S.-funded projects actually assist Haiti in rebuilding and dealing with ongoing urgent humanitarian needs,” paper co-author Alex Main said.

Below are a series of graphs from the report, illustrating what we do know and the limitations of the data available. 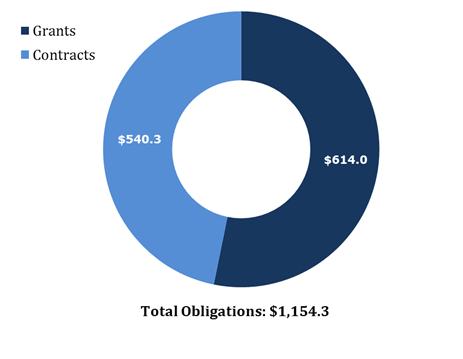 Since the earthquake in January 2010, USAID has awarded $1.15 billion in contracts and grants. 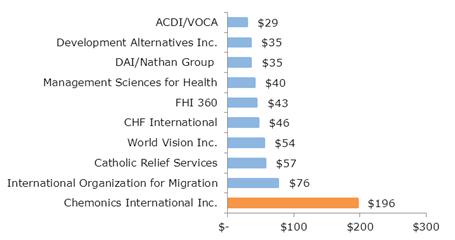 More than half of the $1.15 billion have gone to the top ten recipients of USAID awards. Chemonics, the largest single recipient of USAID funds, has received more than the next three largest recipients combined. 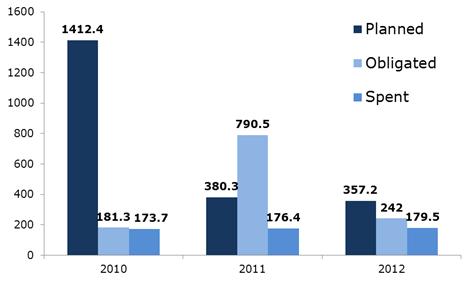 While one can ascertain overall levels of funding, more detailed breakdowns are not provided. As can be seen above, of the $2.15 billion in planned spending, just 25 percent has been spent. 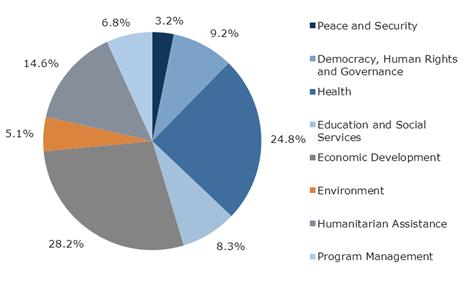 USAID provides a sectorial breakdown of spending from 2010-2012, but little information on specific projects within these sectors. 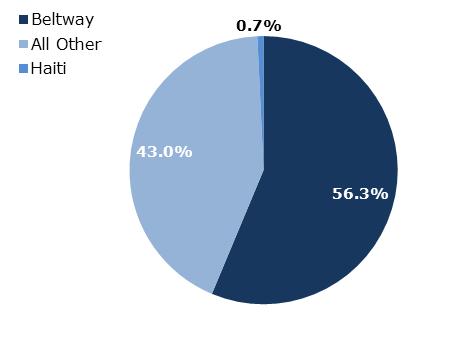 Across all of USAID’s grants and contracts, just 0.7 percent has gone directly to Haitian organizations or firms. This is despite the USAID Forward reform program, which envisions increasing local procurement. Over 56 percent went to organizations or firms located in the Beltway area (Washington D.C., Maryland and Virginia).

Share of Haiti Contracts that Have Gone to CIDC Firms 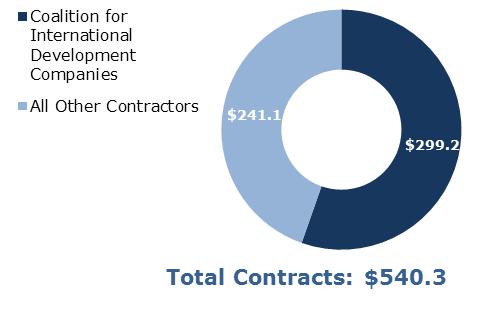 More than half of all contracts awarded by USAID have gone to firms belonging to the Coalition for International Development companies, a lobbying group which is pushing back against USAID’s Forward reform agenda. 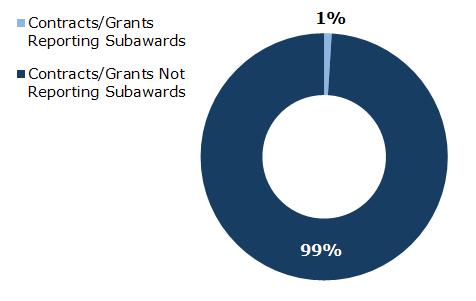