Racial Inequality Among Workers in Frontline Industries: Black Workers are Overrepresented and Undercompensated

The three figures below compare Black and White workers in six frontline industry groups (see our previous report for methodology).  These figures show that:

Black workers are essential, and have been since this country’s inception. The history of the United States is the history of exploited black labor, beginning with slavery and continuing today in the form of endemic structural racism. Black workers in frontline industries contend with additional hazards above and beyond the challenges that all frontline workers face, including but not limited to a higher COVID-19 death rate and the ever-present threat of violence when they are not at work.

Many of the broadly universal policies we have recommended previously would benefit Black frontline workers, but race-neutral labor and social policies are not enough by themselves to tackle entrenched inequalities. We also need policies that are directly targeted to reduce racial inequities as well as systemic changes to policing, the criminal justice system, and other institutions.

Finally, prevailing political and media narratives about the US working-class need to change. In politics and the mainstream media, the term “working-class” is often used to refer to a subset of the White electorate. Yet, Black people are much more likely to self-identify as working-class, and to hold jobs that do not require college degrees in which they have “comparatively little power or authority.” To increase the power, economic security, and well-being of today’s working-class, we must increase the power, economic security, and well-being of Black people. 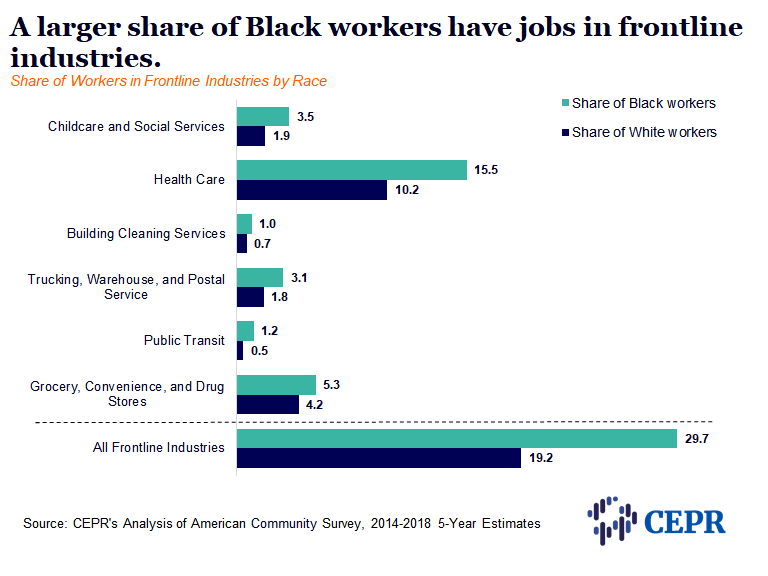 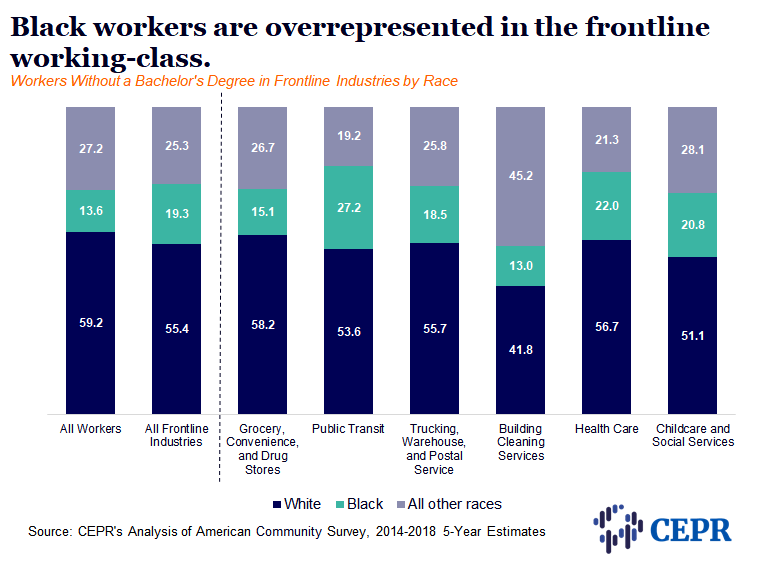 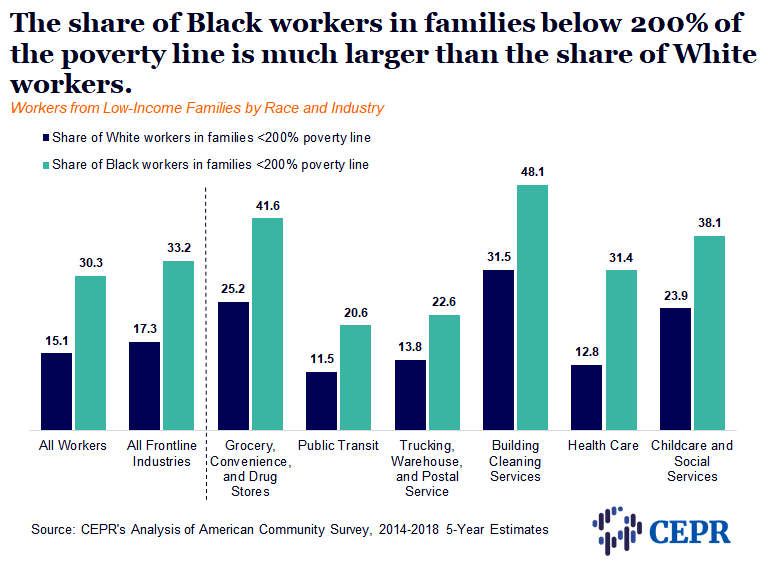 Hye Jin Rho is an Assistant Professor at the School of Human Resources and Labor Relations at Michigan State University.