A new CEPR report examines Honduras’ economy and finds that much of the economic and social progress experienced from 2006 – 2009 has been reversed in the years since. The paper shows that economic inequality in Honduras has increased dramatically since 2010, while poverty has worsened, unemployment has increased and underemployment has risen sharply, with many more workers receiving less than the minimum wage. While some of the decline was initially due to the global recession that began in 2008, much of it is a result of policy choices, including a decrease in social spending. 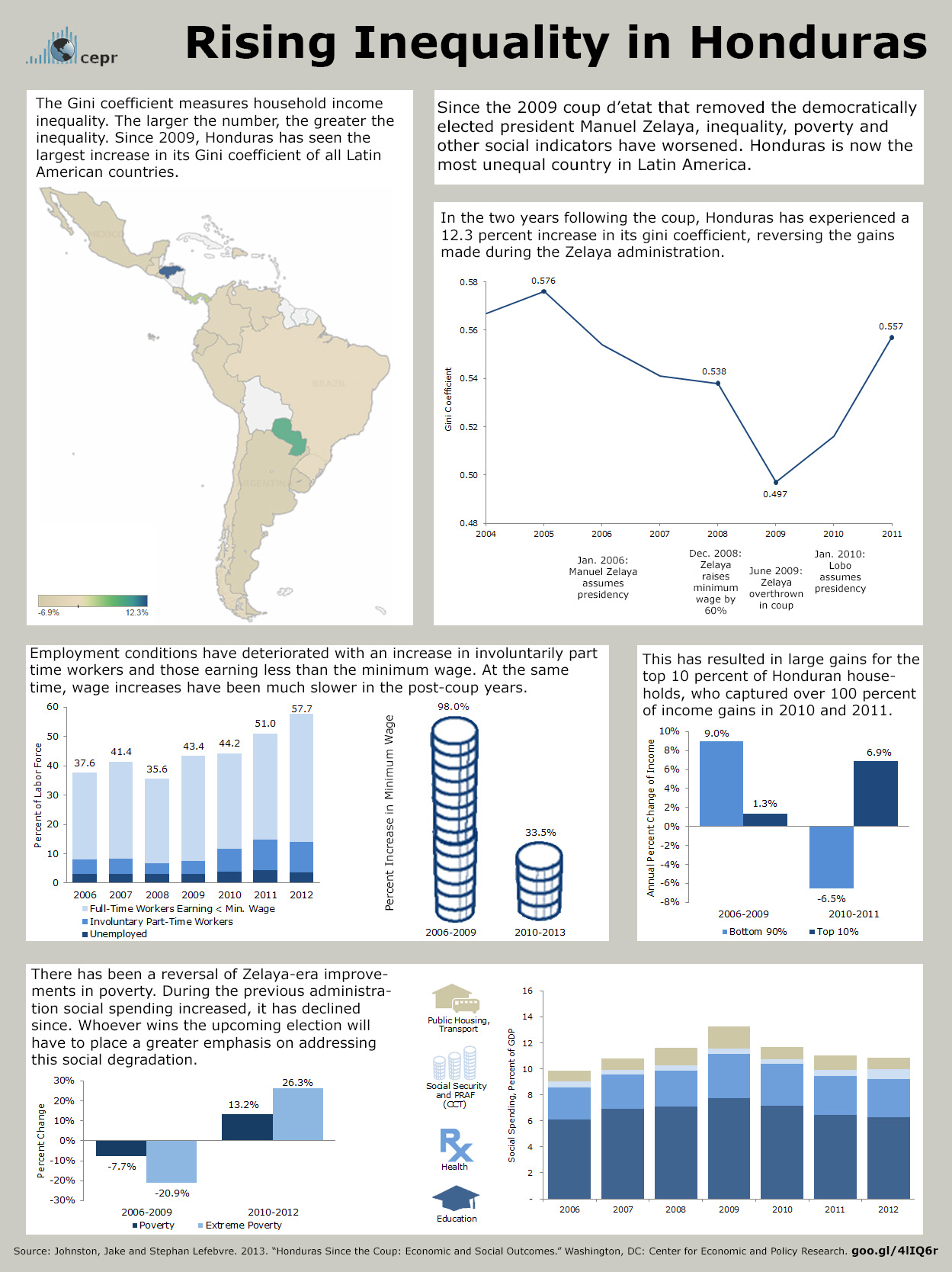 Click for a larger image or check out the report, “Honduras Since the Coup: Economic and Social Indicators.”