The Agents of Unregulated Globalization vs. the Agents of the Fight against Climate Change 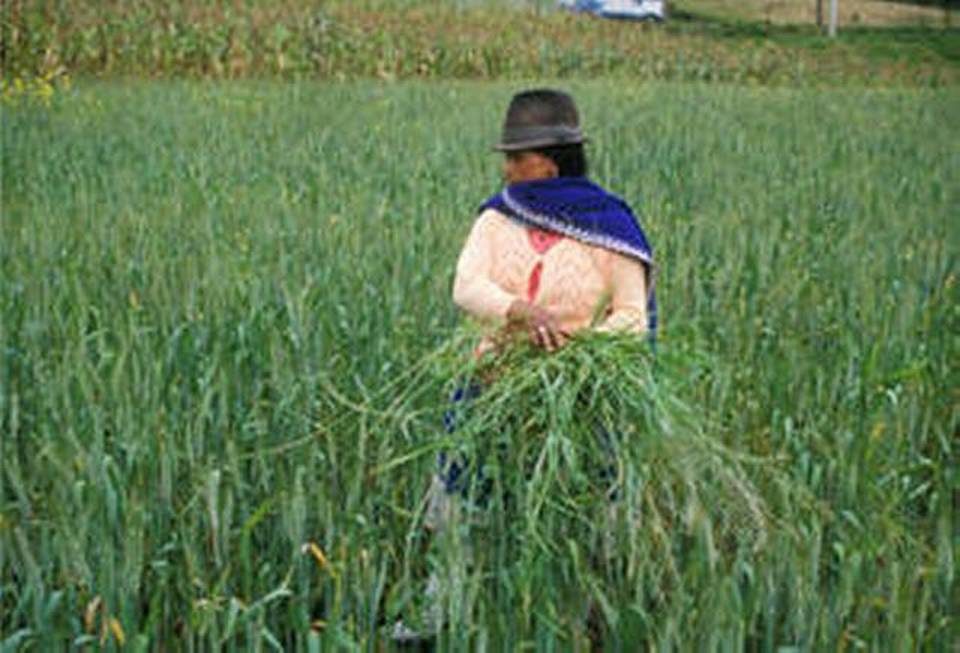 Experts have argued for some time that small farms can play an important role in the struggle against climate change and that governments should prioritize strengthening and protecting small and medium-sized farms. Yet small farmers continue to be the victims of land displacement, killings, and other human rights violations, often perpetrated by state security forces, private companies, and paramilitaries, in many parts of Latin America and elsewhere in the developing world. Rural workers face the destruction of their environment and culture, lack access to basic needs, and rarely have a say in the policymaking processes that affect their lives.

Kanayo F. Nwanze, president of the International Fund for Agricultural Development (IFAD), says his organization emphasizes that such “smallholders are among the most effective clients for public funds for dealing with issues around climate change.” Yet a focus on making profits for agribusiness has led to the breakup of Indigenous organizations; increased hunger; environmental destruction; migration from rural areas to cities; and unregulated, unsafe, and low-wage work. As Diego Montón from la Coordinadora Latinoamericana de Organizaciones del Campo points out, agribusiness and its transnational companies have transformed food into a commodity at the mercy of financial speculation. Through mechanisms such as the World Trade Organization’s Agreement on Agriculture and General Agreement on Trade in Services [PDF], corporations wield enormous influence over how prices of goods, agricultural models, and trade mechanisms are determined, including the standards for quality, efficiency, and distribution.

The implications for human rights and climate change are dire. Naomi Klein explains in her latest book, This Changes Everything, that it will be necessary to radically change our economic system if we want to effectively tackle climate change.  In this transformation, localized economies and small farmers will be essential. Klein notes how the global export of industrialized agriculture has contributed significantly to greenhouse gas emissions:

…the trade system, by granting companies like Monsanto and Cargill their regulatory wish list – from unfettered market access to aggressive patent protection to the maintenance of their rich subsidies – has helped to entrench and expand the energy-intensive, higher emissions model of industrial agriculture around the world. This, in turn, is a major explanation for why the global food system now accounts for between 19 and 29 percent of world greenhouse gas emissions.

According to an IFAD 2013 report titled “Smallholders, Food Security, and the Environment,” of the 500 million small farms in the world, 80 percent are managed by smallholders (defined by the U.N. Food and Agriculture Organization (FAO) as farms of a maximum of 2 hectares). Smallholders provide more than 80 percent of the food consumed in Asia and Sub-Saharan Africa combined, while small farmers in Latin America occupy 35 percent of the total cultivated land. The report concludes:

With their immense collective experience and intimate knowledge of local conditions, smallholders hold many of the practical solutions that can help place agriculture on a more sustainable and equitable footing. To do this, they need help to overcome market failures and other disincentives for sustainable land use, including insecure land tenure, high transaction costs and weak institutional support.

But corporate-led globalization threatens to destroy the potential for sustainable food systems and livelihoods in favor of greater consumption, trade, and investment rules that favor corporations. This particularly hurts smallholders, who struggle with insufficient incomes, malnutrition, and evictions. As the report explains, small farmers are often pushed onto unfertile and increasingly smaller plots of land, and comprise the majority of the world’s undernourished population, as well as those living in absolute poverty.

Small farmers in Latin America, whose sustainable agricultural practices could help mitigate climate change, provide a clear example. In Honduras, campesinos in the Bajo Aguán suffer from forced evictions, harassment, threats, and murders [PDF] by security forces acting in the interests of private companies, such as the Dinant Corporation. From 2008 to 2013, about 128 people, most of them farmers, have been killed in the conflict, according to the Movimiento Unificado Campesino del Aguán. Dinant owns an estimated one-fifth of agricultural land in the Aguán region; its owner, Miguel Facussé Barjum, was a strong supporter of the 2009 coup. Other landowners include René Morales and Reynaldo Canales, who have concentrated agricultural activities in palm oil production, leaving subsistence-farming families in a perilous situation. Moreover, about 3,300 male farmers and 700 female farmers face judicial proceedings for land invasion, theft of fruit, and illicit demonstrations. As Food First’s Eric Holt Gimenez commented recently on Huffington Post, “With all the high talk these days of saving the world from hunger, how is it no one steps forward to protect farmers when they are gunned off their land?”

In Paraguay, repression of small farmers is also an ongoing problem. As I pointed out in a recent blog post on the Curuguaty Massacre, the violent land eviction of Marina Cue in June of 2012 led to the deaths of 11 farmers and 6 policemen. Although clearly two parties were involved in the conflict and more farmers than policemen died, only farmers have been subjected to investigation and are currently under house arrest. As in much of Latin America, there are deep land distribution inequalities in Paraguay, with 77 percent of the land controlled by 1 percent of landowners. A 2014 independent investigation carried out by delegates from FIAN International, La Vía Campesina, the Global Campaign for Agrarian Reform-Central America, Friends of the Earth International and others examines the massacre and the negligence and failure of the authorities to bring about justice, as well as related extrajudicial killings, arbitrary detentions, death threats and torture. The report concludes:

The Curuguaty massacre is emblematic of a worrisome trend of increasing violence against peasant communities, indigenous peoples and human rights defenders in Paraguay and throughout Latin America. The case also demonstrates the inordinate influence of large landowners and agribusinesses in protecting their interests and tightening their hold on power.

The story repeats itself in many other communities where farmers and rural workers are threatened by mining, oil drilling, palm oil production, or dam projects, as in Colombia, Guatemala, Brazil, El Salvador and elsewhere.

Trade agreements such as NAFTA also have impacted small farmers. Under NAFTA, millions of Mexican farmers, competing with subsidized U.S. agricultural products and environmentally damaging production methods, were displaced, as a CEPR report [PDF] explains. The country as a whole did not benefit either, as Mexico instead has experienced “decades of economic failure by almost any economic or social indicator.”

Over the last decade, even though poverty and extreme poverty have been reduced in Latin America, inequality between urban and rural areas is still very high. For example, in 2010 rural poverty was double that of urban poverty and rural extreme poverty was four times higher than urban extreme poverty (which can be attributed in part to the hegemony of big corporations and the lack of minimum wage, social protection, and other labor market institutions in the rural areas). Yet experts and some policymakers are telling us that these rural workers could be some of the most important contributors to the fight against climate change and food insecurity.

Recent developments like last year’s COP20 Summit do not signal a strong and ambitious commitment by governments to do what is necessary to tackle climate change. The policy responses necessary to sustainably and effectively address poverty, inequality, food insecurity, and climate change (all interrelated issues) would require strong intervention by governments, but they could be subject to sanctions through mechanisms under the WTO, NAFTA and other trade regimes that protect the interests of big corporations.

Will these powerful corporations continue to defeat small farmers, some of the most critical agents in the fight against climate change? If global warming is to be limited to the few degrees Celsius threshold that most scientists have proposed to avoid catastrophe, small farmers will need to be empowered and allowed to move agriculture back to more sustainable and earth-friendly practices. This means protecting their rights and rolling back trade and investment regimes that have allowed corporations to run roughshod over them.