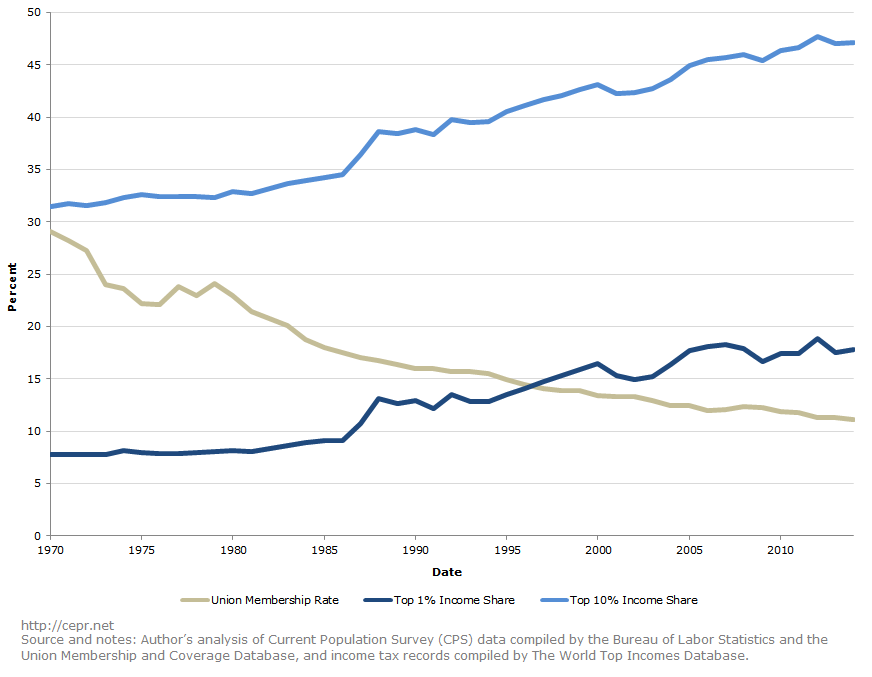 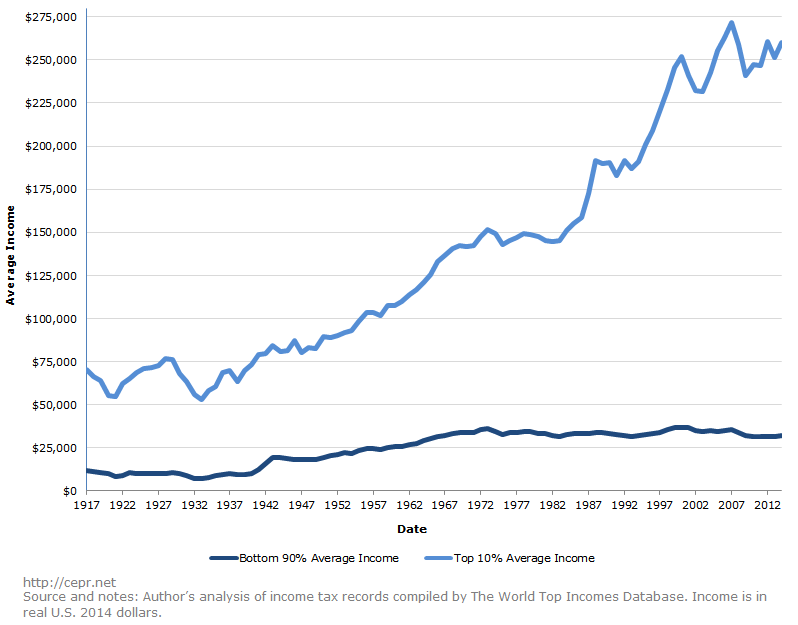 The explanation for this trend is simple; unions have a positive impact on wages. Unionized workers have on average 20 percent higher wages than their non-union peers. The collective bargaining power of unions also benefits workers in non-unionized workplaces. According to an article published by the Economic Policy Institute, “a high school graduate whose workplace is not unionized but whose industry is 25 percent unionized is paid 5 percent more than similar workers in less unionized industries.” As union representation increases in an industry, all the workers in that industry benefit because employers must become more competitive, and make better offers, if they want to attract the quality of labor they need.

Unions have also played an important role in pushing for higher minimum wages. The states with higher union density (New York, California, Alaska, etc.) tend to be the states that have minimum wages that are higher than the federal minimum wage.

Unions have a positive impact on wages but specifically on the wages of the bottom 90 percent of wage earners. Between 1930 and 1970, when union membership was at its highest, the average income for the bottom 90 percent of wage earners increased by 242.8 percent (in real 2014 U.S. dollars). Since the decline in union membership income for this demographic has been nearly stagnated, while incomes for the top 10 percent have increased dramatically.

Without unions, the bottom 90 percent would lose much bargaining power and more income would inevitably find its way into fewer hands.