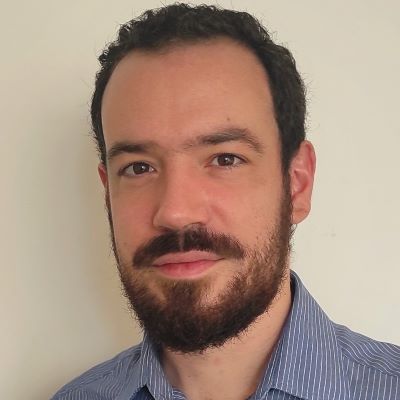 The Fed recently raised the policy interest rate by 50 basis points to 1 percent, and announced that it expects to raise rates by the same amount at the next two Federal Open Market Committee (FOMC) meetings. At the same time, it is also reversing its policy of asset purchases (quantitative easing) which had pushed down long-term rates.

This tightening of policy aims to decelerate inflation, but it carries serious downside risks. As Powell warned — these measures will bring “some pain,”[1] which is a real risk, and not just for the domestic economy.[2] The global economy could also face negative spillovers through various channels.

Middle- and low-income countries are currently especially vulnerable to negative spillovers. With sharp increases in sovereign and private debts due to the pandemic response, these countries face more difficult recoveries, and in the worst cases, even economic crises, from the jump in interest rates.

Just as in the global North, government debt stocks rose in developing economies because of the fallout from the pandemic. The average public debt to GDP ratio in 2021 was 67 percent, up from about 52 prior to the pandemic.[3] The ratio of debt interest payments to government revenue was about 12 percent on average in emerging markets, and projected to rise some in 2022.[4]

The current crisis in Ukraine has also had significant international spillover, including by straining the current accounts of energy and food net importers. A World Bank post from March warned that, even prior to the war, almost 60 percent of low-income countries were in debt distress or at high risk of distress, and that middle-income countries were paying the higher debt service payments for 30 years. With the war and interest rate rises, it warns that the world could be headed for “the largest spate of debt crises in developing economies in a generation.”[5]

Some of the deepest economic crises in developing economies in the last 50 years were the consequence of spillovers from US monetary policy tightening. The most dramatic was the developing world debt crisis triggered by the Volcker shock — the sharp rise in interest rates led by the Fed at the end of the 1970s. Mexico, Poland, South Korea, and Chile were initially the most affected, but the contagion spread to most of the developing world and caused long-term losses in output in some regions. In Latin America this contributed enormously to the “lost decade,” a period when per capita income growth was actually negative for the 1980s, and even for the whole period of 1980–2000 saw the worst economic failure it had seen for a century, with poverty rising for the 20-year period.

In 1994, the Fed began a series of increases in its policy rate, and this sparked another crisis in Mexico, which also threatened to rapidly spread throughout the developing world. Stanley Fischer, the IMF’s then deputy managing director recalled thinking at the time that “western civilization as we knew it [was] coming to an end.”[6] The Fed rate hikes had serious negative socioeconomic effects. Spillovers, dubbed the “Tequila effect,” rippled through developing economies, especially in Latin America.[7] A $50 billion bailout package[8] ultimately contained the crisis, but the recovery in Mexico was protracted. Real wages fell 21.2 percent from 1994 to 1996, and only recovered to their pre-crisis level in 2005.[9]

There was also the 2013 Taper Tantrum, which shows the risk of spillover from changes in non-conventional monetary policy. Unlike in the previous two cases — which were caused by rises in short-term rates, this was due to an anticipated rise in long-term US interest rates, which had been pushed down by quantitative easing. The announcement of quantitative tightening in May 2013 led to exchange rate depreciation, capital outflows, falls in asset prices, and jumps in sovereign bond yields in multiple developing countries.[10] Some of the larger and more open middle-income countries — including Turkey, Brazil, Mexico, and South Africa — felt the biggest impact.

There are several panel studies which demonstrate that the relationship between contractionary monetary policy by the Fed and negative economic spillovers is not limited to a few dramatic cases, but is a systematic, long-term, and serious problem that needs to be addressed.

A panel study by Iacovielllo and Navarro[11] of 50 economies from 1965 to 2016 found that a monetary policy shock from the Fed[12] of 100 basis points caused a decline in output of 0.5 percent in advanced economies and 0.8 percent in developing countries after three years. The output spillover is marginally higher for developing countries than it was for the US, where output fell by an average of 0.7 percent. Developing countries that scored higher on a vulnerability index — constructed by combining data on the current account, foreign reserves, inflation, and external debt — experienced more severe GDP contractions.

Another interesting study is by Koepke,[13] who used data from 27 developing countries from 1973 to 2014, and looked at the role of US monetary policy as a determinant of crisis. The data included 154 episodes of currency crises,[14] banking crises,[15] and sovereign defaults. The study tested three different measures of monetary policy: the “stance,” or deviation from an estimate of the neutral rate;[16] “direction” or whether the Fed was engaged in a tightening cycle;[17] and the role of “surprise,” as captured by upward shifts in implied policy rates in futures contracts. These were tested in two models, the first with incidence of crisis as the dependent variable, and the second estimating probability of crisis and also including developing countries’ domestic vulnerabilities as determinants. All three were statistically significant, with positive and economically meaningful[18] coefficients, across most specifications in both of the two models.

The results are illustrative of the strong impact US monetary policy can have on developing countries. For the second model, which estimated probability, the probability of any country being in crisis over the sample period (1987–2014) was 8.7 percent. In years when the Fed was not tightening policy, this fell to 6.4 percent, “while in a year of Fed tightening, the predicted probability jumps to 17.3 percent.” If tightening occurred when the real Federal Funds Rate (FFR) was 1 percentage point above (below) the neutral rate estimate, then the probability of crisis was increased (reduced) to 32 percent (10.9 percent). If the Fed was tightening, and there was also an upward shift in expected policy rates by one percentage point, the crisis probability rose to 40.8 percent, pointing to the importance of forward guidance in monetary policy and the dangers of surprise tightening.

The second model also identified a substantial decline in the level of crisis risk in developing countries from the beginning of the millennium. The relative risk of crisis occurring was 12.2 percent in 1987–99 and 6.2 percent in 2000–14. The most important contributions to this risk decline — explaining 4.7 of the 6 pp fall — were the reduction in external debt stocks (-3.6 pp), substantially higher reserve coverage (-0.6 pp), strong real GDP growth (-0.3), and current account balance improvements (-0.2 pp). This suggests some risks for Fed policy tightening at the current juncture. It also supports the case for international efforts to reduce vulnerabilities.

The Fed should exercise caution in its rate increases, not only because it could be harmful domestically (and an inappropriate response to inflation spikes that are caused by supply chain disruptions or exogenous shifts in the composition of demand — e.g., both of which are seen as major causes of rising inflation over the past year), but also because there is a robust relationship between US monetary tightening and output contractions and economic crisis in middle- and low-income countries.

In parallel, and if interest rate rises cannot be avoided, urgent action is needed to reduce developing country vulnerabilities. There are a number of reforms that could be made to the international financial architecture in order to reduce systemic risk, and make debt distress easier to manage, but these will take time and political action. A faster solution would be to shore up countries’ international reserves through an SDR allocation by the IMF. This has the advantage that it is tried and tested, and could be implemented almost immediately.

[2] Compare Powell’s comments to one of his predecessors who was reported in the Fed’s records as saying in 1947 that, because of the economy’s inflationary pressures, “He thought that there would and should be a mild recession” (Romer and Romer, 1989: 137). Romer and Romer’s 1989 study found that “six of the eight postwar recessions [had] been preceded by decisions by the Federal Reserve to attempt to cause a downturn” (1989: 157).

[12] Monetary policy shocks are identified when the Federal Funds Rate is higher than what would be predicted by an estimated feedback rule which controls for current and lagged inflation, logs of US and international output, corporate spreads and the lagged values of the Federal Funds Rate and a quadratic time trend. The advantage of this rule is that it does not include estimation of the so-called R* or estimating the gap with potential output (hypothesized as exogenous rather than endogenous). The results found using this rule were robust to the monetary shocks identified by Romer and Romer, discussed above.

[15] The criteria of which being at least three out of a set of six quantitatively defined significant interventions in the banking system.

[16] The neutral rate, or R*, was estimated by using the method developed by Laubach and Williams and tracked by the NY Fed. The R* concept has been subject to critique theoretically (largely by post-Keynesians). For example, see:

[17] Defined as annual increases in the effective rate greater than 10 basis points.

[18] The second probability model is discussed more below, but for the first model looking at the incidence of crisis, for the specification (4) the baseline incidence of crisis was 1.9%, this was raised by 4.7 percentage points when the ‘stance’ of the Fed was contractionary in the prior year, 12 percentage points when the ‘direction’ was contractionary and 5.3 percentage points when there was ‘surprise’ tightening. However, the standard error for this first model was somewhat high (1.56 in this specification, which –with a sample mean of 2.6– translates into a 95% confidence interval of [-0.5 5.7]), the second model has a lower standard error (between 0.26 and 0.29 depending on the specification, and — with a mean of 0.087 — this translates into a CI of [0.09 0.43]). My calculations for the CI. Other figures from Tables 2 and 4, op. cit. pp.19, 26.