Death and Lost Income: The Impact of Climate Change on Latinx Communities 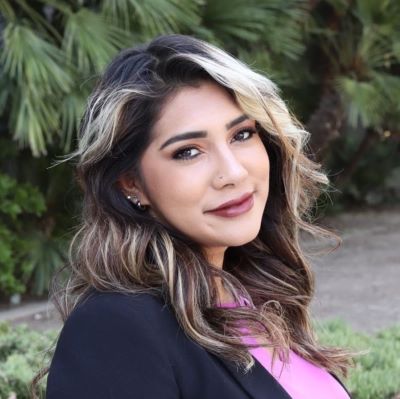 The climate crisis is devastating Latinx* communities. From extreme heat to floods to wildfires, Latinx people are bearing the brunt of climate change. In the United States, climate change is a priority for the Latinx community. When asked about their top policy issues, 81 percent of Latinx respondents indicated that climate change was a “top concern” or one of “several important concerns” in a 2021 Pew Research Center poll. By contrast, only 67 percent of non-Latinx people indicated the issue was an important concern. This challenges the conventional wisdom that only affluent, white liberals are concerned about climate change. By exploring the issues of geography, health, income, and wealth, this article will illustrate that low-income Latinx people are one of the most vulnerable populations affected by the existential threat of climate change.

While all people are harmed by the effects of climate change, a recent Environmental Protection Agency (EPA) report highlighted that climate change impacts ethnic groups differently, with Latinx people being among the groups disproportionately at risk. The majority of the Latinx population, from mainlanders to Puerto Ricans, are geographically situated in areas with weak energy infrastructures that are at risk of failure from the stresses of climate change. For example, Puerto Rico’s energy infrastructure received an F grade from the island’s civil engineers in 2019 as the residents of the island experienced chronic power outages and struggled to restore their electric grids destroyed by Hurricane Maria five years ago. The recent Hurricane Fiona has once again left most of Puerto Rico without power. This sounds the alarm for concern as increased global warming has made hurricanes “…wetter, windier, and altogether more intense.” As climate change intensifies this natural disaster, hurricane-prone regions with large Latinx populations, like Puerto Rico, Texas, and Florida, are at higher risk of experiencing harm than white-majority regions in the Midwest or the Northeast.

On the mainland, 55 percent of Latinx people live in states with various natural disasters intensified by climate change. This includes record drought periods in California, deadly heat waves in Texas, and frequent flooding in Florida. Scientists are increasingly pointing to the overwhelming science between warmer temperatures and exacerbated hurricanes to link Hurricane Ian, which recently devastated Florida, to climate change.

Overall, low-income Latinx people have a higher chance of living in areas with critical infrastructure that is vulnerable to climate change-related natural disasters. One study found that “climate-change attributed extreme weather effects,” like Hurricane Harvey, were particularly felt by low-income Latinx neighborhoods. In the case of Hurricane Harvey, 48 percent of flooded households were Latinx versus 33 percent of affected white households.

Low-income Latinx families are more likely to live in neighborhoods with hazardous environmental waste. About 29 percent of Latinx people live within three miles of a superfund site. If this is not bad enough, a 2019 report from the Government Accountability Office found that climate change poses an added threat to people living near superfund sites. Intensified natural disasters exacerbate the already harmful impacts of hazardous sites on the immediate health of low-income Latinx and other people living close to these sites.

The devastating health impacts of climate change prompted the American Medical Association to declare climate change a public health emergency. Latinx people are 21 percent more likely than whites to live in urban heat islands. Temperatures are higher in these areas because they lack urban vegetation needed for cooling and excessive heat gets stored in urban concrete and asphalt. This is especially a concern for urban areas with higher Latinx populations as heat islands can have “temperatures 22 degrees Fahrenheit hotter than rural and suburban areas.” For example, in major counties, like Los Angeles County with a Hispanic or Latinx population of 49.1 percent, “on a hot summer day, the neighborhoods with the highest percentage of Latino residents were 6.7 degrees hotter on average than those neighborhoods with the fewest Latinos.” Similar temperature differences are observed for other metropolitan areas in Southwestern states with high Latinx populations.

A Yale University survey on energy access in Latinx communities found that only 48 percent of Latinx respondents had central air-conditioning, and an Indiana University survey found over 40 percent of Latinx households were energy insecure, meaning they cannot afford the energy required to cool their homes or heat their stoves. Increased daytime temperatures, reduced nighttime cooling, and overall higher air pollution associated with urban heat islands create a recipe for disastrous health impacts. This can be especially observed in increased respiratory difficulties, as 2.3 million Latinx people reported having asthma in 2018, and with Puerto Ricans reporting twice the asthma rate compared to non-Latinx whites. Climate change increases comorbidities for Latinx health.

As extreme heat shatters records, it will have significant consequences for Latinx labor and mortality. For example, Latinx farmworkers who have to work in extreme heat are 20 times more likely than other outdoor workers to die from heat exposure. Scholarship on extreme heat and racial health equity emphasizes ways in which heat exposure poses fatal health risks, including respiratory illnesses, heat exhaustion, heatstroke, and heat-related mortalities. Studies also find heat exposure is associated with an increased risk of hospitalization. The rate of emergency department visits for heat-related causes increased by 63 percent for Latinx people in recent years.

While Latinx people account for 18 percent of the US labor force, about 75 percent of US farm workers are Latinx. This is almost four times the percentage of Latinx people in the overall workforce. In addition to agriculture, Latinx workers are overrepresented in construction and other “weather-exposed” industries where they are at an elevated risk of experiencing climate-related labor disruptions. EPA research suggests that Latinx workers are 43 percent more likely to live in areas with significant work-hour reductions due to extreme temperatures. The financial consequences of this are significant, especially for sectors like agriculture, as extreme weather hinders farm productivity and results in lost jobs and overall earnings for Latinx farmworkers.

Research by the EPA found that wildfire season length and frequency was increased by climate change because of longer dry seasons and drier vegetation. Climate change has further increased the risk of wildfires in Latinx communities. The Hispanic Access Foundation has documented that Latinx people are twice as likely to be affected by wildfires than other groups in the US.

Although Latinx people comprise about 18 percent of the total US population, an overwhelming 37 percent of Latinx people live in areas with extreme wildfire risks. The housing shortage and overall population growth have pushed struggling Latinx community members into remote locations in search of affordable housing and possible home ownership on cheaper lands prone to wildfires.

Moreover, flood projections reveal that Latinx people are 47 percent more likely than non-Latinx people to live in high impact areas with the highest percentage of land expected to be inundated by rising sea levels. As Latinx communities become more susceptible to wildfires, flooding, and other natural disasters, this will negatively impact their ability to increase income and wealth. Absent action, climate-driven economic disruptions will exacerbate existing income and racial wealth disparities experienced by working-class Latinx people.

Recent Progress is Important, But Much More Needs to Be Done

Because they are disproportionately harmed by climate change, Latinx people should disproportionately benefit from climate justice policies that reduce greenhouse gas emissions and build climate resilience. Legislative action since President Biden took office has put the country on a path to boost clean energy jobs, strengthen American climate resiliency, and advance environmental justice. The 2021 Infrastructure Investment and Jobs Act made substantial investments in public transit, electric vehicle access, carbon emissions reduction, clean energy transmission, and cleaning up legacy pollution. The Inflation Reduction Act, signed into law by President Biden in August 2022, provided over $369 billion in funding for initiatives such as cutting emissions, manufacturing clean energy products, and advancing environmental justice initiatives. The Office of Management and Budget has estimated that these investments will cut the costs of climate change by up to $1.9 trillion.

These are critical steps to address climate change, but much more is needed to tackle a crisis harming the planet much faster than scientists expected. Moreover, in order to obtain the final vote needed to pass the Inflation Reduction Act, negotiators had to dial back important provisions previously included in the Build Back Better legislation passed by the House in 2021. Some of these provisions were especially important for environmental justice reasons.

In the meantime, the Biden administration can take critical executive actions recently detailed by the Revolving Door Project at the Center for Economic and Policy Research. Such executive actions include working with the EPA to close loopholes that allow oil and gas companies to underreport emissions, lowering the threshold methane emissions reporting, and setting a national science-based cap on greenhouse gas emissions under the Clean Air Act. The Biden administration could also call on the Federal Energy Regulatory Commission to prioritize expanding electric grids to increase capacity for clean energy transitions, urge the Agriculture Department to pursue antitrust actions against hyper-pollutive, extractive, and exploitative big agriculture firms, and ask the Department of Justice to increase the number of civil and criminal cases brought against those who violate environmental laws. Latinx people are among the most vulnerable to the effects of climate change. Bold climate action will help all people in the face of the climate crisis, especially the low-income Latinx community.

*Latinx is a gender-inclusive term that refers to all people with origins and shared identities across Latin American and Afro-Caribbean cultures.

Amira is the domestic program intern at the Center for Economic and Policy Research.

NYT Says Europe Can Meet Its Solar Manufacturing Targets by Spending Just Over 0.1 Percent of GDP