This trend also holds within other countries in a way that it doesn’t within the U.S.

One way in which the U.S. differs from most of the other countries is that a large share of our spending is private. However, we do still have substantial public sector spending. In fact, if we re-do Figure 1 but only include public spending for the U.S., we move far closer to the trend set by other developed countries, even though we are still somewhat of an outlier: 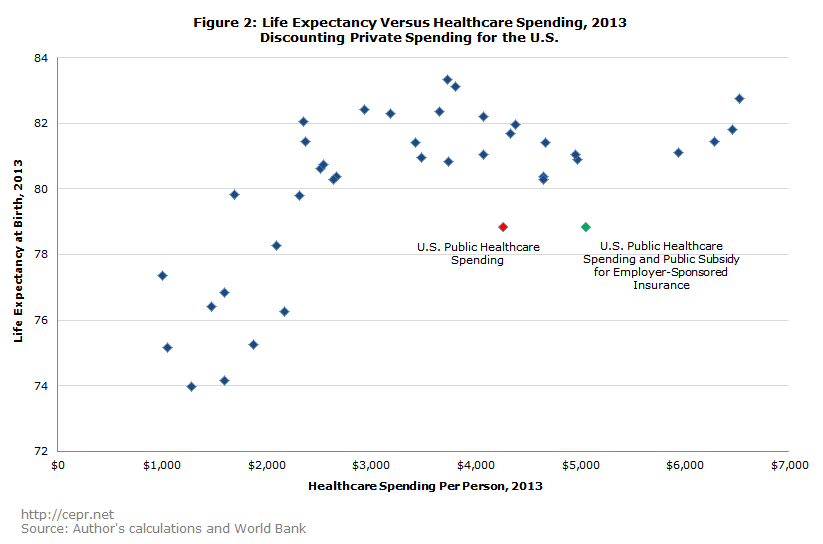 How Will the Fed’s Rate Hikes Help the Poor?