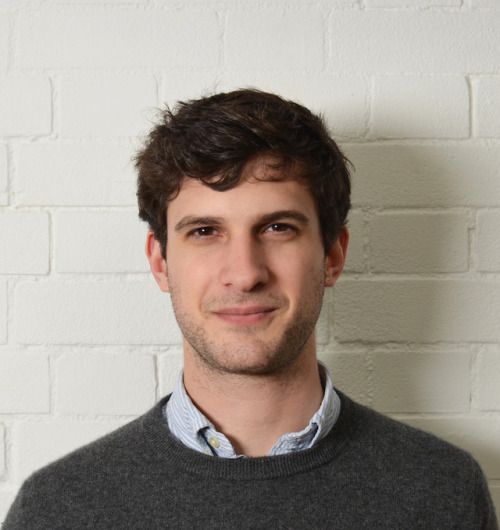 For months, a sitting president with authoritarian sympathies sowed doubt in his country’s democracy. When he lost the election by a narrow margin, his supporters led a violent march on the capital in denial of the final result. But the institutions of democracy proved robust to these attacks. And on inauguration day, the rightful winner came to power in a peaceful ceremony.

Such parallels between recent presidential elections in the United States and Brazil are striking. Outgoing president Jair Bolsonaro endorsed Donald Trump and Trump endorsed Bolsonaro in return. Joe Biden did not go so far, but was quick to recognize the victory of incoming president Luiz Inácio Lula da Silva over noisy claims of fraud by his opponent. “America is back,” Biden said on the eve of his inauguration. “Brazil is back,” Lula said two years later.

But the common arc of their presidential campaigns should not distract from the fundamental differences between Lula and Biden’s respective visions of the world and the role for their nations in it – differences that must form the basis for mutual understanding, lest they turn into points of conflict between the hemisphere’s largest powers.

Consider their victory speeches. What would it mean for Biden and Lula to bring their countries “back”? Joe Biden is clear: a return to a global campaign to “defend democracy globally, to push back authoritarianism’s advance” and to unite the nations of the “free world” against adversaries like Russia and China. Lula’s vision of the global order – “based in dialogue, multilateralism and multipolarity” – rejects these divisions and their calls for confrontation. “We will have relations with everyone,” Lula said in his speech.

But what does Lula’s commitment to “dialogue, multilateralism and multipolarity” mean in practice? By “dialogue”, Lula means a shift from a foreign policy that seeks to isolate adversaries to one that seeks diplomatic solutions. When the Biden administration called on the world to join its campaign of total sanctions against Russia, for example, Lula’s allies called for caution. “I am against sanctions,” said his former foreign minister Celso Amorim. “They won’t help resolve anything but will create problems for the whole world.”

Lula’s opposition to such unilateral coercive measures illustrates the meaning of “multilateralism”. Since the start of his first presidential mandate, Lula has sought to reinforce the role of multilateral bodies like the United Nations as the appropriate fora for resolving global challenges. Sometimes this has meant standing up to the US government. Back in 2003, Lula condemned the US for its unilateral decision to go to war with Iraq, which Lula said “disrespects the United Nations”.

But the commitment to multilateralism goes beyond a mere preference for consensus. Then, as now, Lula’s administration advocates a fundamental reform of the multilateral system to “reflect the current distribution of world power”, as Amorim has written. The shift away from Bolsonaro’s isolationist approach to issues like climate may be welcome in Washington. But the question remains how the US will respond to Lula’s efforts to give a leading role to the global south when the Biden administration has pledged to keep the US at “the head of the table”.

It is this ambition to build new blocs in order to rebalance the global order that defines Lula’s vision of “multipolarity”. That rebalancing process begins in the western hemisphere. Lula long sought to bring together Brazil’s Latin American neighbors in a common bloc autonomous from the United States. During his presidential term, Bolsonaro bulldozed his way out of these regional bodies. But with like-minded governments in countries such as Colombia, Argentina, Bolivia and Chile, Lula’s government hopes to reintegrate the region’s systems of health, defense, environment, and infrastructure, building a new “pole” in what Biden has called “America’s front yard”.

Yet it is Lula’s commitment to a different bloc that risks the greatest confrontation with the Biden administration. Since the start of his administration, Biden has set out a vision of rising civilizational conflict between “democracies” and “autocracies” – singling out Russia and China as the representatives of the autocratic camp. Back in 2008, Lula presided over the founding of a new global bloc that cuts right across this civilizational divide, bringing Brazil together with Russia, India, China and South Africa (Brics). Coming back into office, Lula has already declared his support for proposals to expand the bloc and develop a new Brics payment system to facilitate greater non-dollar trade between its members.

The United States has a dark history of intervention in countries deemed too close to its adversaries. Brazil is no exception. Back in 1964, the United States aided a military coup against the democratically elected government of João Goulart in order to prevent Brazil from becoming “the China of the 1960s”. Far from apologizing, recent US administrations endorsed what is widely considered to have been a legal coup in 2016 that saw Lula unlawfully imprisoned for 580 days.

As Lula assumes the presidency, Biden not only has an opportunity to write a new chapter of US-Brazil relations based on mutual respect for national sovereignty. He can also revise the assumptions at the center of his foreign policy. Lula and his allies do not identify with the concept of the “free world”, nor with the idea that the United States sits at its helm. They believe that a multipolar world is now in formation, and that their task – through an active, assertive and independent foreign policy – is to play a positive role in it. Brazil does not need the US to “lead the world”. It needs the US to find a new place at the table.

Guillaume Long is a senior policy analyst at CEPR

General coordinator of the Progressive International