As we noted yesterday, there has been a chorus from policymakers, media outlets, and others urging a cutting of U.S. trade preferences for Ecuador if the Ecuadorean government grants Edward Snowden political asylum – despite that one of the main goals of the Andean Trade Promotion and Drug Eradication Act (ATPDEA) is to reduce coca cultivation. As the Wall Street Journal reported today, Senate Foreign Relations Committee Chair Robert Menendez issued a stern and patronizing warning to Ecuador:

“Our government will not reward countries for bad behavior,” said Mr. Menendez in a news release. If Ecuador grants Mr. Snowden asylum, Mr. Menendez said he would lead the effort to cut Ecuador’s duty-free access to the U.S. market. “I urge President [Rafael] Correa to do the right thing by the United States and Ecuador, and deny Snowden’s request for asylum.”

But now the Ecuadorean government has ruined Congress’ fun by giving up the ATPDEA benefits before Senator Menendez et al had a chance to take them away. The move is not merely symbolic. Before the whole Snowden issue came up the government of Ecuador and its embassy in the U.S. launched a large campaign to emphasize the importance of the ATPDEA, with events around Washington and ads like this one in the D.C. Metro: 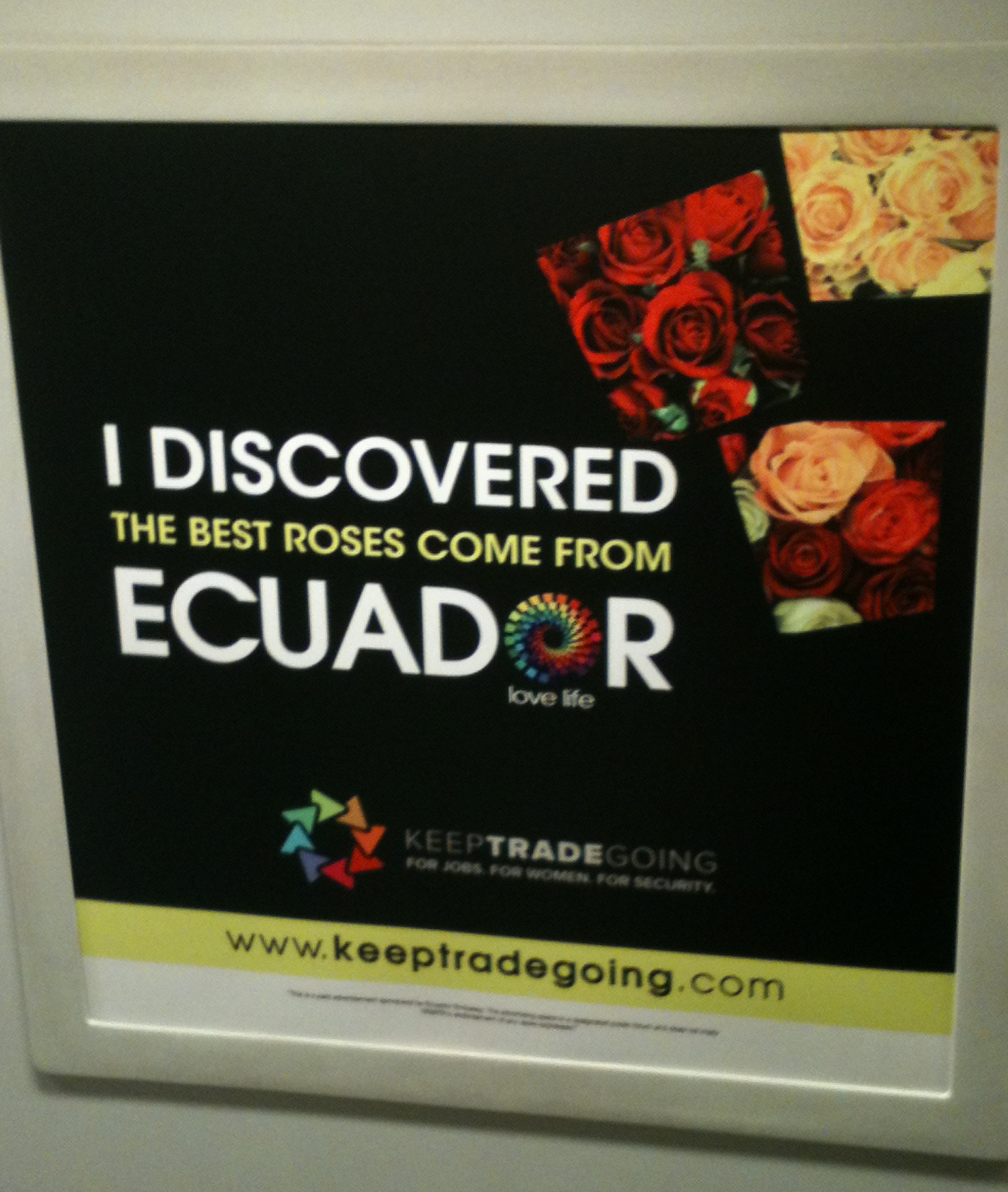 Bristling at suggestions Quito was weighing the pros and cons of Snowden’s case in terms of its own interests, officials also said Ecuador would not base its decision on its desire to renew the Andean Trade Preferences Act with Washington.

“What’s more, Ecuador offers the United States economic aid of $23 million annually, similar to what we received with the trade benefits, with the intention of providing education about human rights,” Alvarado added.

“Ecuador does not accept pressure or threats from anyone, nor does it trade with principles or submit them to mercantile interests, however important those may be.”

Ecuadorean Foreign Minister Ricardo Patiño Tweeted this morning that the aid would be designed to “prevent torture, extrajudicial executions and other” human rights abuses. In the wake of the Supreme Court decision on the Voting Rights Act this week, Ecuador may want to consider sending some “democracy promotion” support as well.

Naïve observers might be led to think that Ecuador’s motivations in carefully considering Snowden’s asylum request might be based – at least in part – on principles, as suggested by Latin America scholar Steve Striffler and others. Fortunately, there is no shortage of articles and commentary from highly principled sources to remind us that this certainly is not the case.

Why Is the US Condemning Honduras For Fighting Corruption?

The US Response to the World’s Worst Humanitarian Crisis: Seize and Privatize