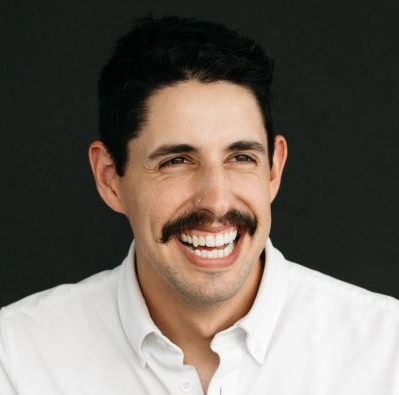 On May 3, 2022, members of national legislatures, their staff, and leading civil society experts from around the world convened for a workshop and strategic discussion on how the International Monetary Fund’s (IMF) Special Drawing Rights (SDRs) can be used as a powerful tool for global climate justice.

Following the disappointing outcomes of the World Bank and IMF Spring Meetings, which resulted in commitments that fail to adequately address the fallout of the COVID-induced economic recession — much less the costs of climate crisis mitigation and adaptation — this workshop was organized by the Global Alliance for a Green New Deal, the Center for Economic and Policy Research (CEPR), and the Boston University Global Development Policy Center to discuss alternative solutions that can meet the scale of the challenge that Global South countries face.

Titled “New Horizons for Global Climate Finance: Parliamentarians, Climate Justice and the Power of SDRs,” the workshop featured contributions from:

The following is a brief summary of the subjects discussed throughout the workshop.

SDRs are an international reserve asset issued by the IMF, the value of which is derived from a basket of currencies made up of dollars, euro, pounds, yen, and renminbi. SDRs can be exchanged for hard currency, used to pay off debts to the IMF, or donated between IMF member countries. In times of crisis, the IMF, with the support of its members, can issue new SDRs, providing countries with an immediate infusion of liquidity at virtually zero cost, and without the often harmful policy conditions attached to regular IMF lending.

How have SDRs been used to respond to the global economic fallout of the COVID-19 pandemic?

On August 23, 2021, the IMF issued $650 billion in SDRs in an effort to help countries respond to the COVID-19 pandemic and the global economic recession that it caused. As the workshop participants made clear, this historic step was a lifeline. According to a recent CEPR report by event participants Andrés Arauz, Kevin Cashman, and Lara Merling, in the first six months after the allocation, 98 low- and middle-income countries made use of their shares, including 41 of 45 countries in sub-Saharan Africa. SDRs were used to buy vaccines, fund public health and social needs in response to the pandemic, pay back IMF debt, supplement existing foreign reserves, and more.

However, while the August 2021 allocation was vital, many workshop participants noted that it was insufficient. Because SDRs are distributed according to IMF member quotas, less than half of the allocation went to low- and middle-income countries, while the majority went to countries for which SDRs are of little use. To meet the needs of the present moment — to say nothing of the climate crisis — many more SDRs will be needed.

How can SDRs be rechanneled to countries that need them?

Given this unequal distribution, the participants emphasized the urgent need to get more SDRs to low- and middle-income countries. However, one of the proposed mechanisms for “rechanneling” (i.e., lending), the IMF’s new Resilience and Sustainability Trust (RST), was criticized by several workshop participants as not only insufficient, but potentially harmful. The RST is a new IMF trust, funded by voluntary contributions of SDRs, intended to provide lending to address longer-term structural challenges such as climate change. But the RST’s financing target is a mere $50 billion, and its design falls far short of the rechanneling principles outlined by civil society organizations in September last year: RST financing comes in the form of debt, rather than grants; includes burdensome and potentially counterproductive conditions; and is not open to all climate-vulnerable countries. Instead, participants noted the need for alternative methods of rechanneling, including through regional development banks, and bilateral donations.

How can new SDR issuances help advance an equitable global response to the climate crisis?

While participants did offer suggestions for lending existing SDRs, the primary focus of experts’ and legislators’ remarks was the need for more, larger, and repeated SDR issuances to address the continued fallout of the pandemic, and also the longer-term challenge of the climate crisis.

The participants agreed that the climate crisis is an existential threat to the lives and well-being of people around the globe. But its dire costs will not be borne equally; the people of the Global South are on the frontlines of a climate disaster for which they bear little responsibility. A globally just transition away from fossil fuels must meet the needs of developing countries as they seek to adapt to new conditions, navigate the costly consequences of the crisis, and advance their development needs while still aligning with global climate goals.

Existing levels and forms of climate finance are wholly inadequate, and don’t even begin to measure up to the vast challenges that lie ahead. Thirteen years ago, at the UN Climate Change Conference in Copenhagen, rich nations pledged that by 2020 they would be providing developing countries with $100 billion per year for climate adaptation. This commitment fell well short of the UN-estimated annual adaptation needs of up to $300 billion by 2030 — and thus far, actual commitments have amounted to a mere fraction of what was promised. This is to say nothing of climate change mitigation. All told, the gap between available climate finance and what is needed to support a globally just transition is measured in trillions of dollars per year.

What financing is available, meanwhile, often comes in the form of debt — on top of what are already crisis-level global debt burdens — and with costly conditions that leave developing countries with shrinking policy space with which to meet people’s needs while responding to the changing climate. The dominant method of attempting to leverage public sector funds to attract private investment through de-risking and financialization, meanwhile, is proving to be a losing strategy.

SDRs have a crucial role to play in helping to achieve adequate short- and medium-term flows of climate finance. New and larger SDR allocations could mobilize trillions of dollars to respond to the coming impacts of climate change, while alleviating harmful debt burdens and expanding the policy space available to developing countries. Importantly, they would do so at very little cost to wealthier countries, and without the need to solicit voluntary contributions.

For this reason, many participants highlighted the urgent need for new SDR issuances. This includes the proposal for an immediate allocation of 2 trillion SDRs to respond to the present crisis — an idea that has garnered significant support from global civil society, but which would require, among other things, the approval of the US Congress. Rep. Chuy García, who taped a video message for the workshop, has championed such efforts in the US Congress, and has led legislation proposing trillions in new SDRs that has passed the US House of Representatives. The participants also expressed broad support for proposals for regular, annual SDR issuances that would help address the needs of developing countries as they confront the long-term effects of the climate crisis, as Barbados Prime Minister Mia Mottley put forward in her speech at COP26.

SDRs are not a magic bullet for climate finance. But as part of a wider framework, they can be a key tool for leveraging the resources needed for global climate justice. As this workshop made clear, political leaders and civil society experts from the Global North and the Global South alike are beginning to see the potential that SDRs hold — and are eager to work together across borders to ensure that it is realized.